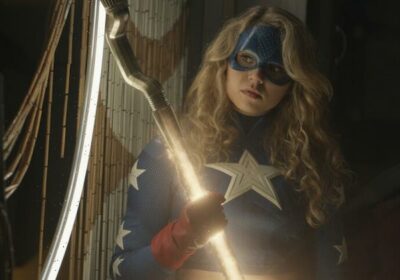 DC’s Stargirl will power down after its current season, it was announced on Monday morning.

The sad news comes eight episodes into the superhero team-up series’ third season, which has been averaging 660,000 total viewers and a 0.1 demo rating (with Live+7 DVR playback), down 25 and 50 percent from its sophomore run.

The cancellation also comes less than a week after it was announced that Nancy Drew is also entering its final season, as will The Flash and Riverdale in 2023. Earlier this month, the Nexstar group took control of The CW, resulting in the exit of longtime CEO Mark Pedowitz and many other changes.

In a statement, executive producer Geoff Johns — who based the character of Courtney Whitmore off his late sister — said, “Stargirl has always held a special place in my heart for many reasons.

“With all the brewing changes at the network, we were aware this was possibly the last season,” he continued, “so we wrote with that in mind and have delivered what I believe to be the best season of Stargirl yet, with complete creative closure.

“The cast and crew are extraordinary, and I’d like to thank them for helping me bring this series to life,” Johns said. Series lead Brec Bassinger “embodied Courtney in every way possible — with grace, strength and humor — exceeding my wildest expectations. I am grateful to WBTV and The CW for giving us a home to tell this story and to honor my beloved late sister, and I’m beyond thankful to the press and fans who have always championed us for three amazing seasons. Most series never get this far. We couldn’t be more proud of our show and the fan community it’s built!”