A behind-the-scenes shot of Rey, Finn and Poe left fans hoping that a first-look trailer for the highly-anticipated conclusion to the Skywalker saga will arrive soon. 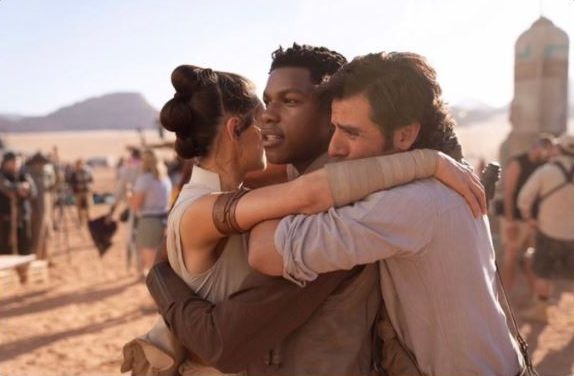 In the latest snap, the heroic trio – played by Daisy Ridley, John Boyega and Oscar Isaac – can be seen in a desert landscape and the picture has kickstarted a stream of theories.

Fans are now speculating that the big finale battle will take place on either Rey's home planet of Jakku or on the streets of Tattooine – home to both Anakin and Luke Skywalker.

Eagle-eyed viewers also noted how despite training in the ways of the Jedi, Rey is holding her staff instead of a typical lightsaber hilt, leading several fans to think she could have turned the primitive weapon into a double-edged lightsaber.

Director J.J. Abrams told followers: "It feels impossible, but today wrapped photography on Episode IX. There is no adequate way to thank this truly magical crew and cast. I'm forever indebted to you all." 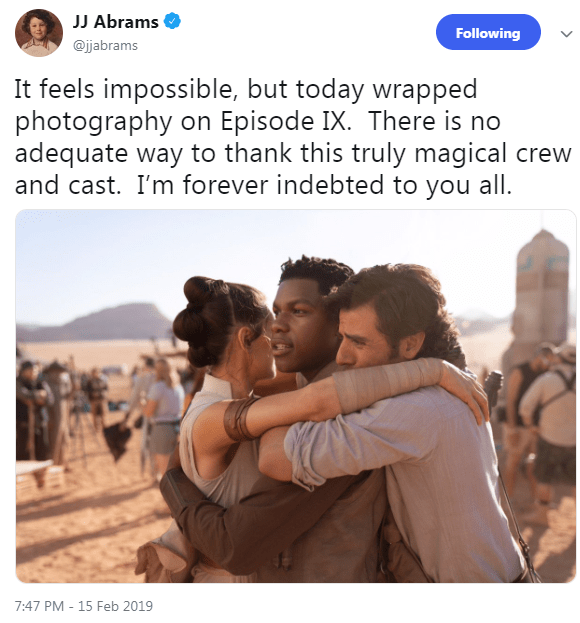 John Boyega – who plays hero Finn in the movies – shared the image on his own social media, explaining that it was the "end of a chapter."

The 26-year-old told fans: "That's a wrap on Star Wars episode 9 and the end to a chapter of my life that I couldn't be more thankful for. What a process!

"It really has been a joy to be in these movies surrounded by amazing people. JJ thank you for making my dreams come true."

Fans were later sent into hyperspace when the official Star Wars UK account tweeted: "The calm before the galactic storm."

He tweeted: "Yesterday was a wrap for me. A huge furry thank you to all of the cast and crew of Star Wars Episode IX.

"What a bittersweet thing it is to end this trilogy, this life-changing chapter of my life. And finally thank you @JJAbrams for giving me this opportunity. Rawrrggh!"

The 32-year-old Finnish actor also shared a candid shot from the wrap party with John Boyega. 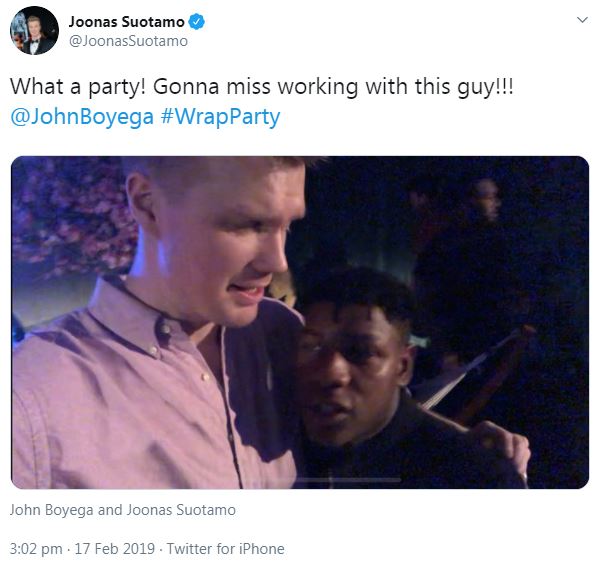 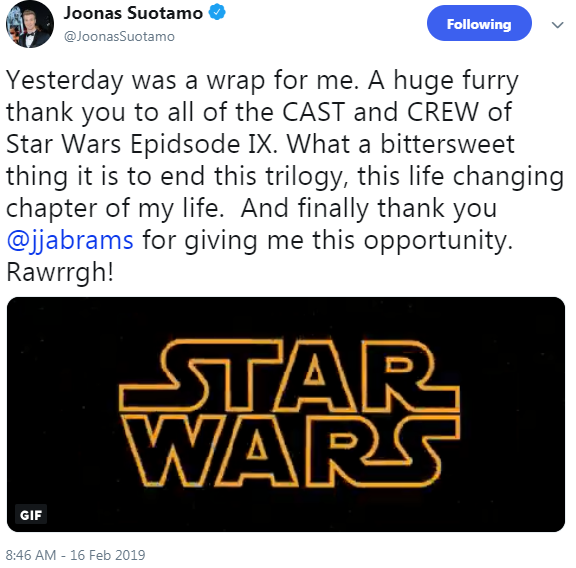 Fans flocked to comment with many begging J.J. to announce the movie's full title in a desperate bid to learn more about the highly-secretive plot.

Many expected a first-look to be unveiled at this month's SuperBowl event, but nothing materialised.

Hollywood icon Carrie Fisher will posthumously reprise her role as Leia Organa for the concluding movie after producers revealed they will use footage shot before her tragic 2016 death.

It was previously confirmed that while Episode 9 will conclude the story of the Skywalker family, there will be more Star Wars movies to follow including a new trilogy and more spin-off instalments.

More news is almost certain to be officially confirmed at Star Wars Celebration – an annual convention that will this year be held in Chicago and will feature cast panel discussions.