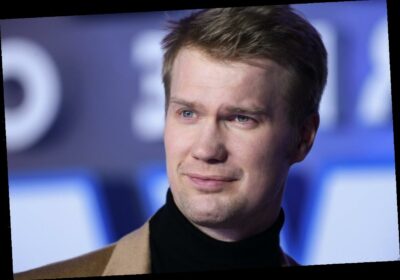 While polarizing among fans and casuals alike, the films were a significant step for fans of the franchise that could now follow their dreams and appear in the franchise.

Among those actors was Joonas Suotamo, a little-known Finnish performer who donned the Chewbacca suit throughout. Many fans would like to see him return, as well.

‘Star Wars’: Getting into character

Lost in all the magic about Star Wars’lavish sets, expensive set pieces, and star-making turns in front of the camera is the artistry that goes into making such a diverse cast of characters.

For most of Star Wars history, Chewbacca, the lovable Wookie attached at the hip with Han Solo, was played by the late Peter Mayhew. However, with Mayhew’s age and health limiting his appearances, most of Chewbacca’s screen time in his last four appearances went to Suotamo.

A dog-like creature with human intuition, Chewbacca’s signature growl has become one of the most iconic staples of the Star Wars saga. While the Wookie has never been the main character of the big-screen universe, his fingerprint on the franchise is indisputable. While it might be a different type of acting than the human characters’ performances, they must get it right.

Fans loved the physicality that Suotamo brought to the role. He mimics Mayhew’s movements to the T while adding his nuances in how the iconic character is portrayed. With Chewbacca’s future now up in the air with the rest of the saga, fans would like to see Suotamo get more work as their beloved Kashyyyk warrior.

Taking to Reddit, fans discussed a recent book Suotamo, a lifelong Star Wars fan, wrote about his experience. From his insights on Mark Hamill’s relationship with Rian Johnson, one which the Chewbacca actor says was great, to what it was like to put on the iconic suit, fans loved hearing a different side of Star Wars history from someone who isn’t inherently known beyond the screen.

One user, u/MindYourManners918, loved seeing the appreciation that Suotamo had for the character.

“Joonas seems like such a fun, down-to-earth guy. Genuinely just happy to be involved and loving his life. A big part of me hopes to see him continue playing Chewbacca in the future, for his sake. But another part of me feels like the character of Chewbacca deserves to retire peacefully after episode 9, and just sit at home with his family,” they wrote in the comment section.

Other fans agreed. With a Solo sequel uncertain and the Skywalker Saga’s futurein question, it might be a while until we see Chewbacca on the screen again. However, Suotamo appears ready to take the call whenever it is needed. In

In 2018, Suotamo spoke with The Verge about playing such an essential role in the Star Wars universe. Talking about his conversations with Mayhew, who passed away in 2019, he spoke about what it was like to play a character who called for a different type of performance — one of gestures and physicality- as he tried to get into its head.

“I try to approach playing Chewie as if he’s a creature, an animal,” Suotamo told The Verge. “His gaze wanders, I think. I love watching Chewie on-screen. Everyone else is looking at something and being worried, and Chewbacca is in his own world, but he’s still there, still present. And there’s something there that I think is essential to him. It’s something I noticed myself in Peter’s performance. It’s a great performance and a great thing to have as a reference.”

With Star Wars expanding on television and screens alike, don’t be surprised if Suotamo gets more time with the character that put him on the map. While Mayhew will always be Chewbacca to many fans, Suotamo disappeared into the role that felt neither a far cry from the original take while also being something new and unique. Whether more come in the future, Suotamo lived out his dream and put a stamp on the character that, like it or not, will remain on fans’ minds forever.