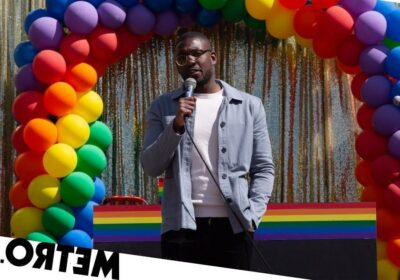 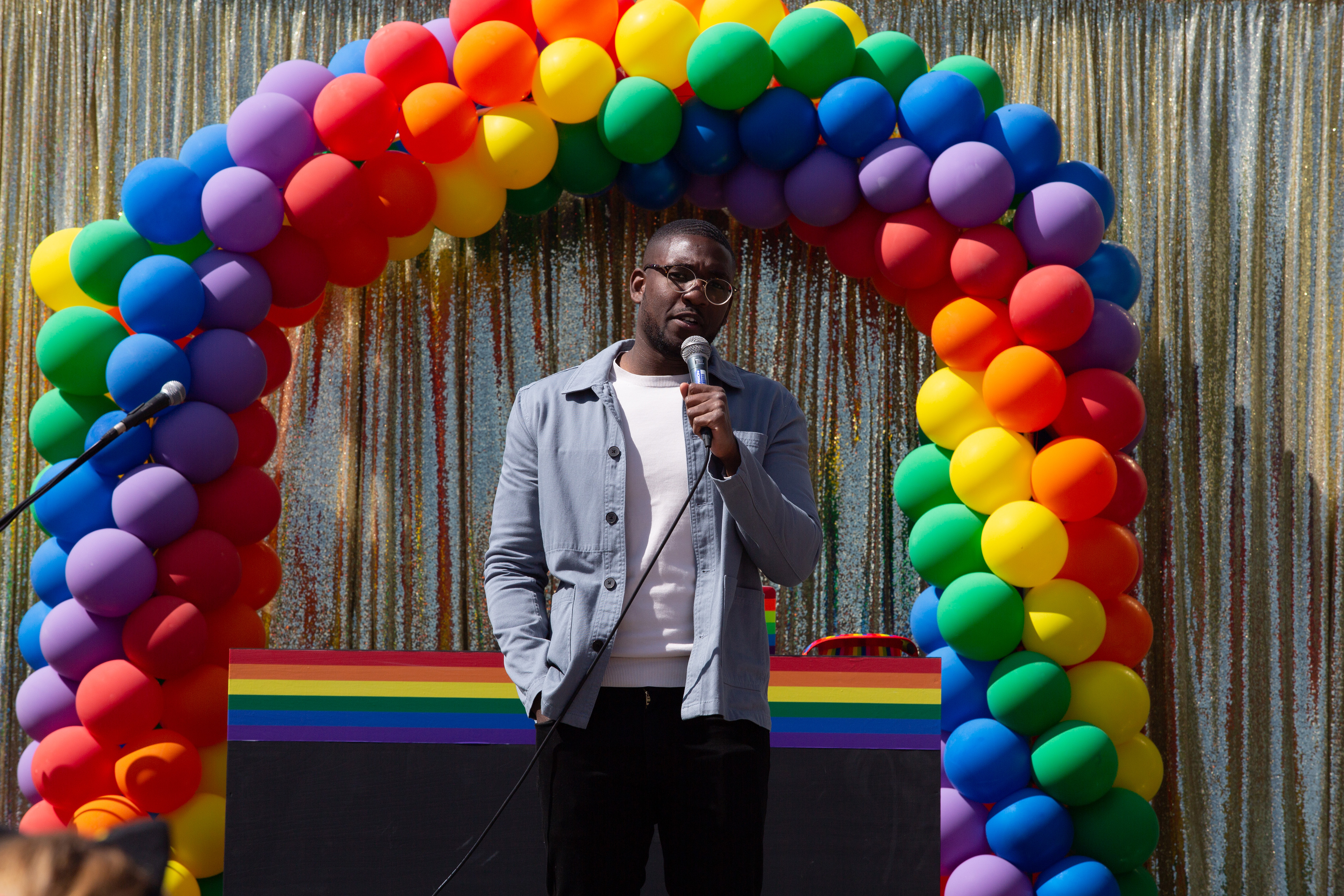 As Andrea Tate’s (Anna Nightingale) Emmerdale Pride kicks off, Ethan Anderson (Emile John) will make a moving LGBTQ speech right before he welcomes a special guest onto the stage.

Pride flags will flutter outside the village hall and Andrea excitedly tells Charles (Kevin Mathurin) she has booked an extra special guest.

Later, Ethan makes an eloquent speech that offers a message of acceptance for all on behalf of Emmerdale Pride and the church.

Ahead of what promises to be some exciting and powerful scenes, Emile John has spoken about what it’s been like to be involved in Emmerdale’s first Pride:

‘It was a true privilege to be involved in Emmerdale’s first Pride, an event that celebrates the love and unity between all people, irrespective of what it may look like.

This episode will land directly in the hearts and minds of Emmerdale’s viewers and it’s a true honour knowing that I played a part in reinforcing and recognising that, which universally binds us. The desire to love and be loved unconditionally.’

Emile also revealed what to expect in the scenes leading up to Ethan’s speech:

‘Just before I opened Pride with my speech, there was a moment where the attendees were dancing to some tunes played by the DJ.