The doomed tale of Catherine of Aragon (played by Charlotte Hope) and Henry VIII’s (Ruairi O’Connor) romance is making its way back to screens on Sunday, October 11 as the second season of Starz’ wildly successful drama The Spanish Princess get underway. Picking up from the tense season one finale in which Catherine cemented herself as a powerhouse within the monarchy, the pair’s marriage is going to face tests like never before in the final run. Actor Charlotte Hope explained exactly what fans can expect in an exclusive chat with Express.co.uk.

Firstly, Congratulations on a second season! How did you feel when you heard you’d be back for another series?

Charlotte: “Oh, I was over the moon. We found out actually when we were doing, we were in LA doing some press and the when Matthew (Graham, showrunner) told us, I was very, very, very excited.

Did COVID play any complications in the second series?”

Charlotte: “No, we were actually really, really lucky. We wrapped on like March 11.

“So we like wrapped and the whole world shut down which, to be honest, felt very overwhelming because usually when you finish a job you’re like ‘Right, I can go reclaim my old life,’ 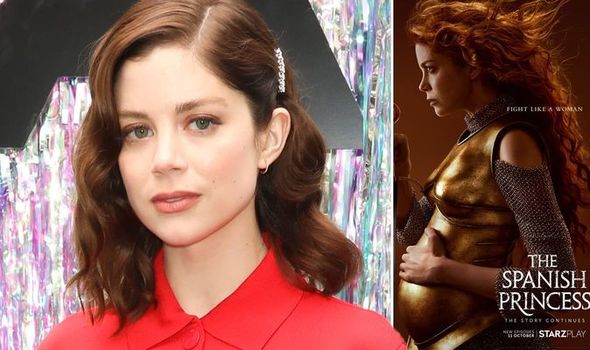 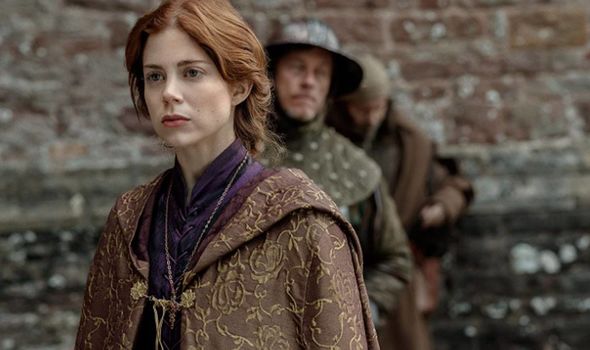 “And then this job was over and it was: ‘That old life is gone’. But I’m so lucky because then, if we’d have to go back now and do stuff, we wouldn’t be able to show you the show, so.

Have you been on any set since that’s been affected by it?

Charlotte: “No, I think it sounds crazy. My friends who are working are like ‘it’s better than not having an industry but it is a really kind of scary place’,

“Because so much about sets are about that comradery and being a team and you’re like all in the trenches together making this thing and suddenly now everyone’s in like bubbles and you can’t go near each other.

“I mean, I’d still really to be having a job but it does sound like a scary place.” 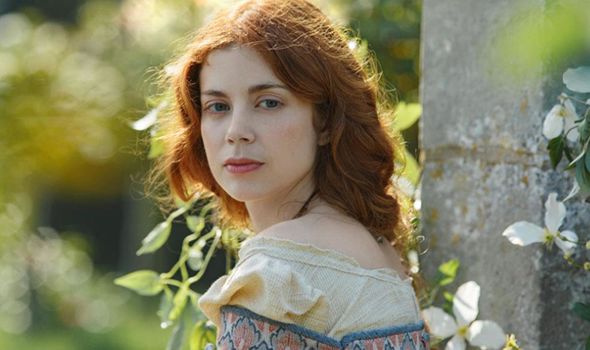 Moving onto Spanish Princess, what was it about the role that really attracted you to it in the beginning?

Charlotte: “I just, I thought she was amazing. I think she’s just so strong, resilient and passionate but also like her emotions sort of bubble over all of the time.

“But to be honest, like the first season when I auditioned for it, I was like ‘this is my dream role’, so it wasn’t so much like I was seeking it specifically, I just loved it and I couldn’t believe that they offered me the job.

“I had a bit more confidence that I felt a bit less self-conscious, because it’s just like in your blood. Sometimes when you get to step away and come back, it’s a lot richer, so I was really grateful to have another shot at it because I felt like I knew what I was doing a bit more.”

What is about Spanish Princess you think makes it stand out from other Henry VIII period dramas?

Charlotte: “I’m actually really, really proud of this season because I think the stories are really important.

“Like, it’s a period drama and it has that kind of escapist value, the locations are beautiful, the dresses are beautiful, everything’s shot beautifully, it’s shot so opulent and so rich.

“But also the issues that we’re talking about are really modern and really real. This is ultimately a story about a woman who thinks she has everything she ever wants in her professional and personal life and who, over the course of the series, falls out of love with her husband.

“The relationship breaks down, she goes through so much infertility, so many miscarriages, so many lost children and those are stories that I know in modern times.

“It feels like – you know, I want to have kids and I want to get married but I’m also aware like 50 percent of marriages these days end in divorce and lots of women can’t get pregnant and lots of women miscarry and to tell a story which is about that kind of aspect yet is a heightened, beautiful Tudor world, I think is really powerful.

“What I really love about this season is that we kind of know what’s gonna happen. We know that she can’t produce a male heir and we know she ends up getting divorced, so it almost feels like a kind of horror movie because you’re watching this freight train and you know it’s going to crash but you’re still desperately willing her to be able to produce a male heir etc.

“There’s this point at the end of episode one where she gives this speech and she talks about how she so sure that she’s like ‘I will give you a male heir from my womb’ and I remember doing that speech on the day and I was completely convinced that that’s what’s going to happen.

“Yet as a viewer you’re watching that and you’re like ‘ no, babe, it’s not going to happen,’ and that I think is so powerful.” 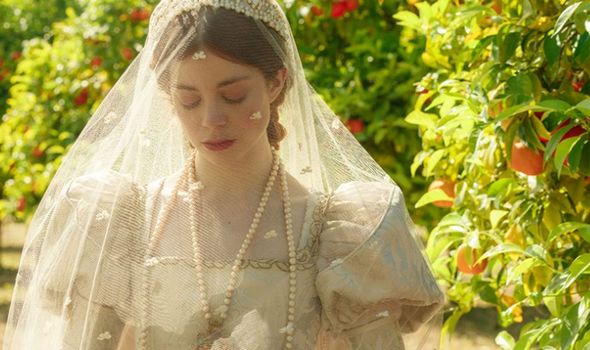 Is it an advantage to know these events didn’t happen going into the role?

Charlotte: “I think it’s an advantage for the viewer. When you’re watching it, knowing that this person is like so sure of herself and yet is going to lose everything, I think that’s a very powerful thing to watch.

“As an actor I wasn’t trying to think about that because I was trying to keep it in the day of Catherine and in that moment she was just completely convinced that she was going to have a son.

“Also she’d already had a son so the optics were good at that stage, so I really tried to keep that hope and confidence so that then when it was taken away from her, I had further to fall.”

We welcome Ferdinand to the fray in season two, how does he impact the series?

Charlotte: “I mean, there’s so much that we play about with genders and dynamics in the second season. It is partly like in her relationship with Henry, she’s taking on both the male and female role, and the power between the two of them changes from one moment to another.

“I guess the really useful thing about the Ferdinand character is that she learns power dynamics from this man, he’s constantly like playing her then betraying her and playing her and betraying her, and she feels she’s at a place where she can’t be played and yet she’s still played.

“So I guess it’s kind of like a precursor, that first episode is about these two people who really think they’re the f*****g s**t, they’re so high on themselves, but we know it’s all gonna fall apart.”

Is Mary and Charles’ new romance going to cause problems for Catherine and Henry?

Charlotte: “Who knows? (laughs) I think what really happens with that storyline is that it becomes about political gains over personal gains.

“And like Catherine is looking out for Mary as a younger sister but also as a political pawn that she used to use to get Henry’s favour back.

“So much of those dualities are so interesting in this show because it’s so much about how Catherine is a politician and a mother and a warrior and a friend and a wife, and trying to juggle of those people at the same time is a real struggle with her. 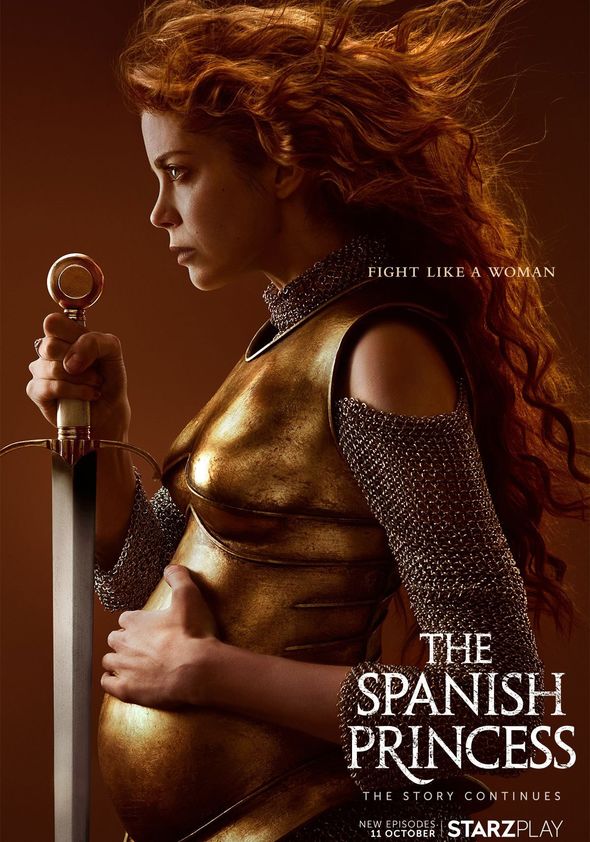 “With Mary, in particular, they’ve grown up together but Catherine also has to be the Queen and it puts her in a really difficult position.”

Charlotte: “Yeah, you can see she sort of spinning plates and trying to keep them all spinning and just unfortunately in this season some of the plates start to smash.”

We see a rather shady Thomas Moore introduced as Henry’s new ally, what’s in store for him?

Charlotte: “He’s a bit shady, yeah. Andy Buchan is just such an amazing actor. But actually, to be honest, Catherine doesn’t have that much to do with Thomas Moore, I think so much of this story is about Catherine becoming more and more isolated.

“She starts off the story and she’s in the heart of the court yet as the story progresses and, even as an actress, I remember those first few episodes I really felt like when I was crying about losing children, I was crying in Ruari’s arms and I felt so held and then by the end that whole court is happening away from her and I’d be like sitting on my own, it was such a weird experience as an actress.”