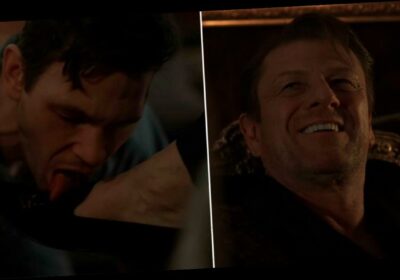 The meglomaniac mogul, played by Sean Bean, has been whipping up tensions between Snowpiercer and Big Alice in recent weeks, recently persuading former lover Miss Audrey (Lena Hall) to join him.

Miss Audrey, who runs the night car on Snowpiercer, was originally sent to infiltrate Mr Wilford's territory and report back with her findings, but she decided to stay for longer than originally planned when the time came to travel home.

It's unclear whether her head has been turned or if she's deep undercover, but she had no qualms about carrying out Wilford's dirty work when it came to hospitality worker Kevin McCahon (Tom Lipinski).

Wilford previously manipulated Kevin into making an attempt on his own life, claiming he had been disloyal by fraternising with members of Snowpiercer. 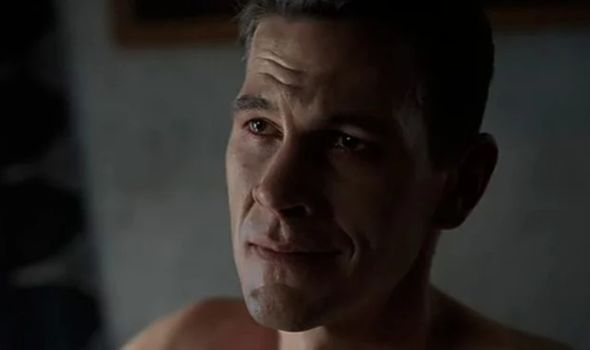 He was assumed dead, but was revealed to be alive and incarcerated, clearly traumatised by the experience.

Wilford instructed Miss Audrey to bring Kevin to heel using what appeared to be a twisted form of hypnosis – and by the end of the session he was obeying her every word.

Triumphant, she returned to Wilford with Kevin and instructed him to lick his slipper before she pounced on his lap and kissed him.

The revolting moment made a big impression on viewers, who took to Twitter with their thoughts.

"LICK HIS SLIPPERS??? Wilford has some weird ass fetishes," one fan exclaimed.

"Oh hell no that foot-licking s*** is NASTY!" a second fumed.

While a fourth exclaimed: "That was f***ing difficult to watch, someone pass the sick bag," alongside a string of vomiting emojis. 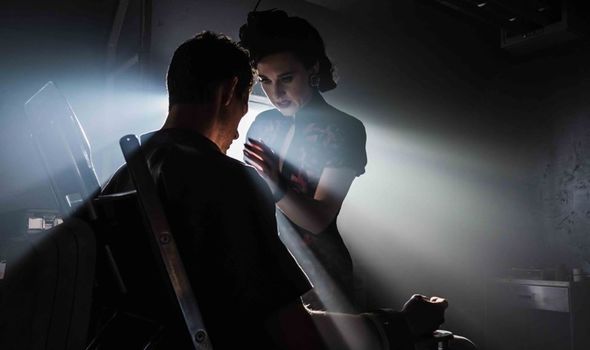 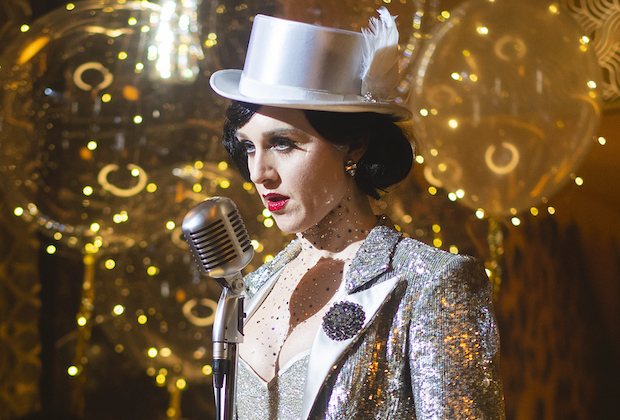 Elsewhere in the episode tensions boiled over in third class after Mr Wilford orchestrated the murder of The Brakemen and pinned them on the tail.

At one point it even looked as though Andre Layton (Daveed Diggs) would have his arm frozen off in a display of mob justice, but Ruth (Alison Wright) managed to avert the crisis.

Snowpiercer is available to stream on Netflix with new episodes every Tuesday.