Home » TV & Movies » 'Snowfall': Reporter Irene Abe May Be Loosely Based on a Real-Life Journalist

'Snowfall': Reporter Irene Abe May Be Loosely Based on a Real-Life Journalist 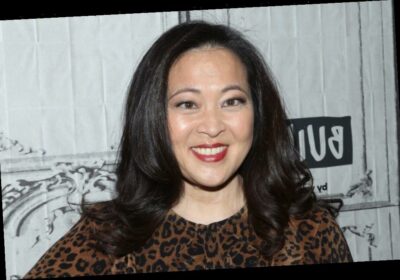 Suzy Nakamura is on a mission as Irene Abe in season 4 of Snowfall. The character was recently introduced as the persistent, crafty, and thorn-in-the-side reporter who’s trying to dig deeper into the origin of the crack-cocaine epidemic. And Franklin Saint (Damson Idris) and his plug are in her crosshairs.

While Irene is a fictional person in the popular TV show, there are some elements of her character that may be drawn from a real-life journalist.

Ambitious, intelligent, and pushy, Irene Abe is unrelenting in uncovering who’s responsible for bringing drugs into South Central. She’s willing to threaten, blackmail, and coerce in order to cull information for her investigation, but those methods are not necessarily working in her favor.

Abe is digging into Franklin’s father’s shelter, and she plans to go beyond what’s happening in Los Angeles to pursue the person at the top. In this fictional story, that person is the supplier, Reed Thompson aka Teddy McDonald (Carter Hudson).

She is slowly framing a narrative that ties Franklin to the C.I.A., Nicaraguan rebels, and an illegal arms scheme.

Before his death, John Singleton maintained that Snowfall is its own account of how the crack epidemic began on the West Coast. He admitted that he pulled from his own life experiences growing up during the ’80s in South Central.

He also acknowledged his team did heavy research and tapped consultants and writers who brought in their own knowledge of the C.I.A. and Los Angeles during that time period.

Additionally, former drug trafficker “Freeway” Ricky Ross’ name has come up in connection with Snowfall, and so has the late Gary Webb. And it’s all controversial.

Back in 1996, Webb, a journalist for The San Jose Mercury News, released a series of news reports on the internet alleging the C.I.A. was at the center of the crack problem in Los Angeles. It was titled “Dark Alliance.”

Per the New York Times, Webb spent a year on his investigation going off a tip from Ross’ girlfriend. He linked the U.S. agency to Colombian drug cartels, Nicaraguan contras, and Ross.

The plot that is playing out in Snowfall with Teddy flying in drugs and supplying them to Franklin to fund the purchase of weapons for war efforts in Nicaragua is loosely based on that period in history.

After Webb’s reports hit the web, he initially caused a stir. Some activists and politicians expressed outrage at the toll that crack was taking on Black communities. But then the government and media outlets began to discredit Webb and deny his claims. His paper even printed a retraction.

The Times reported that Webb died from two self-inflicted gunshots in 2004. A 2014 film titled Kill the Messenger chronicled Webb’s ordeal. After decades, Webb and Ross’ accounts of the C.I.A.’s involvement in the drug trade remain touchy subjects.

What does this mean for Irene in ‘Snowfall’?

Only a few episodes remain in the current season of Snowfall, but Irene Abe has narrowed her focus and received a green light from her publisher. With so much tension in this series, Irene will likely get closer to publishing a story that jeopardizes Franklin, Reed, and more.

At this point Alton (and possibly Wanda) are aware of her intentions, so her motive is known. Whether she’ll unravel what they’re doing or have a hand in dismantling Franklin’s operation remains to be seen. Whether there are parallels in her story arc and Webb’s also remain to be seen.

Snowfall was recently renewed for a fifth season so there is much more to be told. Tune in each Wednesday at 10 p.m. EST to watch.