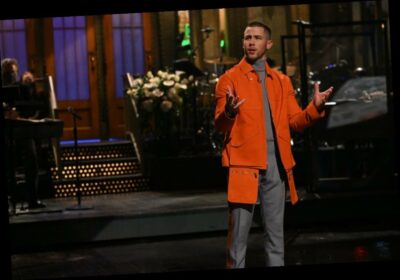 Nick Jonas hosted Saturday Night Live on Feb. 27, 2021. The Jonas Brother made his debut as an SNL host. Nick was on the show alone without his brothers Kevin and Joe by his side — a cause for concern for some Jonas Brothers fans until Kevin appeared in Nick’s monologue. Unfortunately, Joe Jonas never made an appearance during his brother’s SNL opening skit or otherwise. But there’s a good reason for Joe’s absence.

Nick pulled double duty on the late-night comedy show. He was the host, but he also performed as a musical guest. Several of the sketches relied on Nick’s singing talent, too. The “Murder Show” digital short featured SNL cast members like Kate McKinnon, Ego Nwodim, and Melissa Villaseñor singing about binge-watching true crime series on Netflix. At the end of the female-driven skit, Nick popped up dressed as NXIVM founder Keith Raniere to sing about his obsession with cult shows.

Another singing-heavy skit was “Bachelor Party” featuring the male talent on SNL. Beck Bennett, Kyle Mooney, and Alex Moffat were just some of the male cast who joined Nick Jonas in singing an ode to “bachelor party boners.” Outside of the musically-inspired skits performed on Saturday Night Live, Nick also sang some of the songs from his solo career.

During his Feb. 27 stint on Saturday Night Live, Nick performed twice. He performed his single “Spaceman” for the first time and debuted the new song “This Is Heaven.” Both tracks are from Nick’s upcoming album Spaceman, which will be released on Mar. 12.

The eldest Jonas brother made an appearance during Nick’s SNL monologue. He was there for support, but Kevin also had a critical question. “I gotta ask, are we good?” Kevin wondered. “You’re doing a lot of solo stuff — are we still a band?”

Though his appearance was brief, many Jonas Brothers fans were glad to see Nick and Kevin together. Other fans wondered where Joe Jonas was — why didn’t he come to see Nick host Saturday Night Live?

Joe Jonas was likely on the big-budget war film Devotion when his younger brother was hosting Saturday Night Live. According to Deadline, the movie, which stars Jonas and Thomas Sadoski of John Wick fame, is filming in Georgia. The “aerial epic” will tell the true story of Jesse Brown and Tom Hudner — two U.S. Navy fighter pilots who are pushed to their limits as they learn to navigate the skies in a new fighter jet design. Sadoski will play squadron leader Dick Cevoli, and Jonas will play fighter pilot Marty Goode.

So far, Joe has posted a few sneak-peaks of the movie on Instagram. In one post, Joe shared a photo of his wardrobe for the Devotion movie. On Feb. 23, just days before his brother’s SNL appearance, Joe shared another image of his uniform hat for the film. Many fans believe if Joe were available, he would have likely been in the audience with Kevin as Nick hosted SNL.