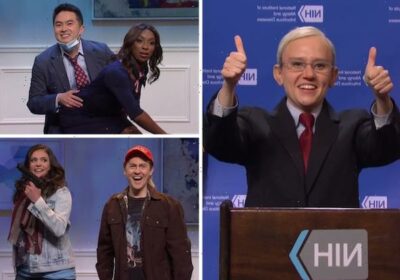 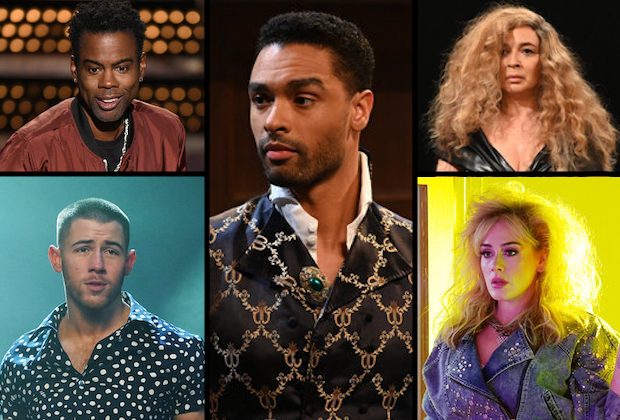 Season 46’s penultimate episode opened with President Biden’s chief medical advisor. “As you probably heard, we got some very good news this week — and I’m not just talking about J.Lo and Ben Affleck,” he said. “The CDC announced that people who are vaccinated no longer need to wear masks, outdoors or indoors. Pretty great, right? But a lot of people had questions…” So, in a failed attempt to clear things up, Fauci called on the CDC Players — doctors from the CDC who minored in theater — to demonstrate when it’s still appropriate to wear a mask.

The first scene, “Man Walks Into a Bar,” featured Beck Bennett and Aidy Bryant. She told Bennett he could remove his mask, only to find out that he wasn’t vaccinated. “I’m entering a bar at 11 am. Did you really think I was vaxxed?” he asked. “That’s on you.”

The third scene cast Alex Moffat and Cecily Strong as two people at a large gathering. When Moffat’s character expressed concern about not wearing masks, Strong’s character answered, “We don’t have to because we’re outside… the Capitol Building.” She then pulled out a gun, while Moffat slipped on a “Make America Great Again” hat.

One of the remaining scenarios was a riddle: Four friends from three different households, all half-vaxxed and traveling by train from Florida to the UK. One of them was old and severely at risk; the other was… a baby. “So how many of us should wear masks? And in which order?” the group asked. Clearly there was no right answer.

The sketch concluded with a vision of the future. Everyone was happily vaccinated as they danced among a large crowd. All was right with the world… until Bennett’s character referenced the ongoing Israeli-Palestinian conflict.

What did you think of SNL‘s second-to-last cold open of the season? And what grade do you give Key’s hosting debut? Sound off below.