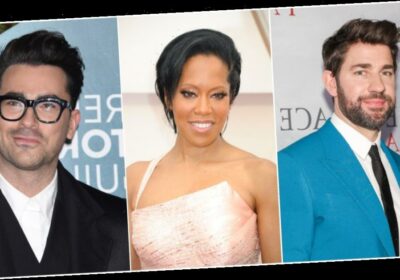 Saturday Night Live returns on January 30 with five consecutive shows and is handing hosting debuts to a trio of multi-hyphenate stars.

The Office and Jack Ryan star Krasinski will host on January 30 with rapper/actor Machine Gun Kelly, who recently released his Tickets to My Downfall album, set as musical guest.

Krasinski, who recently hosted digital series Some Good News and directed A Quiet Place Part II, was set to host SNL last March but the episode was shut down as a result of Covid-19.

On February 6, Schitt’s Creek co-creator and star Dan Levy, who scored a slew of Emmys for the sitcom, will host with Phoebe Bridgers, whose sophomore album Punisher was released via Dead Oceans last year, as musical guest.

Regina King, fresh from having her feature film directorial debut One Night in Miami launch earlier this month, will host on February 13. She will be joined by musical guest Nathaniel Rateliff, who recently released his album And It’s Still Alright.

SNL will then continue on February 20 and 27 with guests still to be announced.

Saturday Night Live is produced in association with Broadway Video. The creator and executive producer is Lorne Michaels.