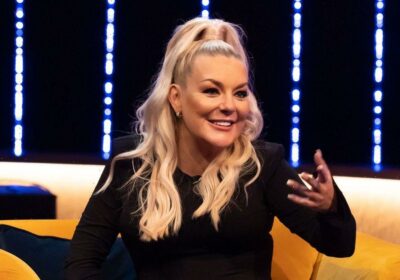 It has been reported that Sheridan Smith threatened to sack staff backstage at The Jonathan Ross Show, amid a misogyny row.

This comes as the Cilla actress was furious when she made accusations of chauvinism while backstage at the ITV show.

It has been reported that she threatened to sack the staff members following the incident.

The actress and singer appeared on the show last night along with Gary Barlow as they promoted their new Christmas song collaboration.

Speaking to The Sun, a source said: "Sheridan was absolutely furious when filming on Jonathan Ross had ended.

"She claimed the atmosphere was chauvinistic and there was an air of misogyny. She also claimed that she felt she had not been treated with kindness.

"Sheridan was seen shouting at the team who had come with her and said she was sacking them at one point.

"It was clear Sheridan was upset with her team backstage after filming."

A spokesperson for The Jonathan Ross Show said that they are investigating the matter "immediately".

They said: "Sheridan seemed to have a great time on the show but appeared to become upset afterwards.

"Jonathan asked her if she was okay and she said, ‘Don’t worry, it’s not you.’

"So Jonathan assumed it was a personal matter between Sheridan and the group of people she’d come with."

They added that they hope Sheridan understands they would never 'take a claim of this kind lightly'.

An ITV spokesperson said: "When booking the show, we are always keen to ensure we are diverse and inclusive to all.

"We treat our guests with courtesy and respect at all times."

This comes after Sheridan recently confirmed a rekindled romance with an ex.

The star and Alex Lawler first started dated two decades, before rekindling their relationship twenty years down the line.