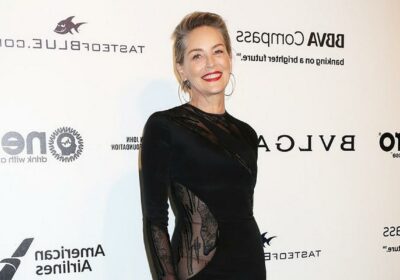 The ‘Stardust Memories’ actress is not really thrilled by the plans to release a director’s cut of her 1992 thriller to celebrate the 30th anniversary of the movie.

AceShowbiz – Sharon Stone is unimpressed by plans to release a special director’s cut of “Basic Instinct” to mark the 30th anniversary of the movie’s release.

The actress was infamously shot without underwear for a police interrogation scene with Michael Douglas‘ character in the 1992 thriller, in which she uncrossed and crossed her legs to reveal she wasn’t wearing panties – a moment which has since gone down as one of the most controversial in Hollywood history.

Stone recently recounted the incident in her memoir, “The Beauty of Living Twice“, explaining she was tricked into baring all – because she had been told her genitals would not be featured onscreen.

Now, with the looming launch of an enhanced version of filmmaker Paul Verhoeven‘s “Basic Instinct”, Stone admits she is powerless to stop the release.

Asked if there was anything she could do to halt the further exploitation of the scene in question, Stone admitted there wasn’t and explained, “There are new (Screen Actors Guild union) rules about that that have been made and created (to prevent such releases), but they were made after I, as a young lady, made this film, and so they don’t apply to me.”

However, Stone insists she has no regrets about starring in the classic movie, joking, “Regrets are like farts, you can’t get them back. Once they’re out, they’re stinky and gone.”