Home » 'Shark Tank': Mark Cuban Revealed His Most Successful Investment on the Show

'Shark Tank': Mark Cuban Revealed His Most Successful Investment on the Show 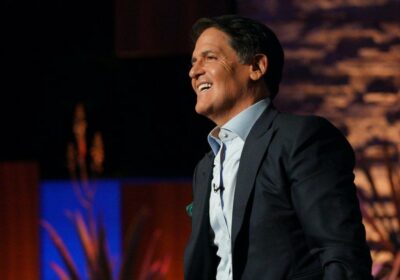 Mark Cuban has invested in a plethora of startup businesses on Shark Tank. With the majority of them thriving, the NBA team owner recently named one that turned out to be what he considers his greatest success to date.

‘Shark Tank’ season 5 entrepreneur got an investment from Mark Cuban

In a recent interview on The Ellen DeGeneres Show, Cuban was asked what has proven to be his most successful Shark Tank investment. Cuban named a product pitched in season five by entrepreneur Bruno Francois.

“It was a company called Cycloramic,” Cuban told DeGeneres. “What they did was, they started off with an iPhone app that made your phone turn to make panoramic pictures.”

Francois’s pitch impressed Cuban enough to put up $250K as an investment. While the app greatly benefitted from the “Shark Tank Effect” and topped eight million downloads in the days following the episode, Francois hit a major obstacle in 2014. Apple’s new iPhone 6 came out with a rounded edge, meaning the device could no longer stand upright on its own. The company had to quickly change course.

“Then they changed the way the iPhone looked,” Cuban told CNBC in 2018. “He went from having the number one app in the App Store to watching Apple change the iPhone, pushing him to create a completely new business… That’s hard to do.”

Realizing he needed to work fast to save his company, Francois pivoted to a business-to-business product that could gain sales through licensing. After discovering a void in online car sales, Francois rebranded to Car360 and was gaining traction with auto sellers.

“I was approached by multiple companies that were asking if the selfie technology could be used for cars,” the Shark Tank contestant recalled. Francois’ new company eventually ended up getting acquired for $22 million.

“This is a great story because the entrepreneur had a great idea, made great money,” Cuban explained to DeGeneres. “Then when Apple changed, they had no business. And so they pivoted… and then we sold it to a company called Carvana.”

The Shark Tank investor commented on how the entrepreneur’s quick thinking and tenacity helped the company become a great success.

“Now if you go to the Carvana website, and you can spin the car on the webpage and open the doors and look inside, that’s from a Shark Tank company called Cyclomatic,” Cuban said. “And that was just an incredible success, where they went from almost being out of business to selling the company for tens of millions of dollars. It was unbelievable.”

“Bruno just may be the number-one success story out of Shark Tank,” Cuban said. “Not necessarily that $22 million is the biggest acquisition. But the company basically had to reinvent itself and go from zero to $22 million. That’s the American dream; that’s the Shark Tank dream. Well done.”