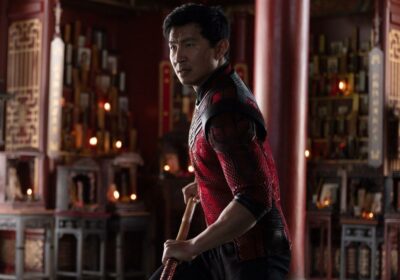 The newest Marvel movie to arrive is Shang-Chi and the Legend of the Ten Rings. Simu Liu stars as Shang-Chi, and the character resides in San Francisco to hide from his past. He soon has to confront the Ten Rings organization and his father.

The movie was successful at the Box Office, and people praised the martial arts fights. Fans believe that Shang-Chi may appear in future Marvel Cinematic Universe works. For now, they can sit back and enjoy a few other similar films.

If a person loved Legend of the Ten Rings, they could check out the 2000 film Crouching Tiger, Hidden Dragon. According to Insider, director Ang Lee’s movie received 10 nominations for the Academy Awards. The film stars Michelle Yeoh and Zhang Ziyi, who were part of the famous fight scene.

The plot focuses on a swordsman named Li Mu Bai in 19th century China. A female warrior named Yu Shu Lien accompanies him as a friend. After deciding to retire, Mu Bai asks Shu Lien to take his sword, the “Green Destiny,” to a person in Beijing.

However, a thief sneaks in and steals the weapon before Shu Lien can deliver the Green Destiny. Viewers can become engaged with some of the fight sequences between two skilled fighters. Critics around the world enjoyed Crouching Tiger, Hidden Dragon.

Overall, fans loved the mythic quality that the movie had to offer. It is an adaptation of a series of novels. The classic film’s success led to an eventual sequel that arrived on Netflix in 2016.

Another option is an action-comedy film titled Kung Fu Hustle. Stephen Chow directed the movie, and it is one of his most well-known works out there. The plot contains cartoonish moments, strange characters, martial arts, and crime thriller elements.

The fusion might have been bold, but it paid off in the end. Kung Fu Hustle became a success among various audiences upon release. It even earned many awards and received several nominations. Chow stars as the main character and other actors include Yuen Qui and Danny Chan Kwok-Kwan.

The setting takes place in 1940s Shanghai, and the main protagonist is Sing. In the beginning, he is not a skilled martial artist and has hopes of joining the Axe Gang. The Axe Gang is a ruthless group that rules the town under Brother Sum.

Sing eventually fights against the gang and goes head-to-head with a legendary assassin. While the fight scenes are comical, many viewers find them compelling. Fans of Legend of the Ten Rings may recognize Yuen Wah as the landlord.

Ip Man was a grandmaster of the martial art Wing Chun, and his life story inspired the 2013 film The Grandmaster. The movie starts with Ip Man fighting against numerous opponents in the rain. After his victory, he reflects on his early memories of learning how to fight.

The flashbacks start when Ip Man is seven years old, and the film progresses as he gets older. Viewers see him learn Wing Chun and later get married. Ip Man finds himself facing a grandmaster named Gong Yutian after he announces his retirement. While Gong declared an heir for northern China, other martial artists chose Ip Man as their representative for the South.

There have been other films that documented Ip Man’s experiences. However, The Grandmaster has a different take and contains Oscar-nominated costume design and cinematography. People may recognize Shang-Chi’s father, Tony Leung Chiu-Wai, in the movie.