SFFILM executive director Noah Cowan knows how to play awards season. He moved the San Francisco Film Society’s annual awards fundraising night from April to December — in the awards corridor — knowing he could lure some awards players to San Francisco. What’s in it for them? Bay Area Academy members, who showed up for a Monday night pre-event cocktail party at The Palace of Fine Arts, including documentary filmmakers, costume designers, sound editors, animators, and visual effects artists. With both Pixar and Lucasfilm based in San Francisco, it’s a crafts mecca.

This awards night belonged to Oakland filmmaker made good, Boots Riley, whose father beamed with pride along with novelist Ishmael Reed, who presented the Kanbar Award for Storytelling to the rookie director. Riley thanked SFFILM for making him a filmmaker in residence in 2014 and helping him to develop Sundance breakout “Sorry to Bother You,” which Annapurna turned into a summer hit. “That made this able to happen. It made it real.” 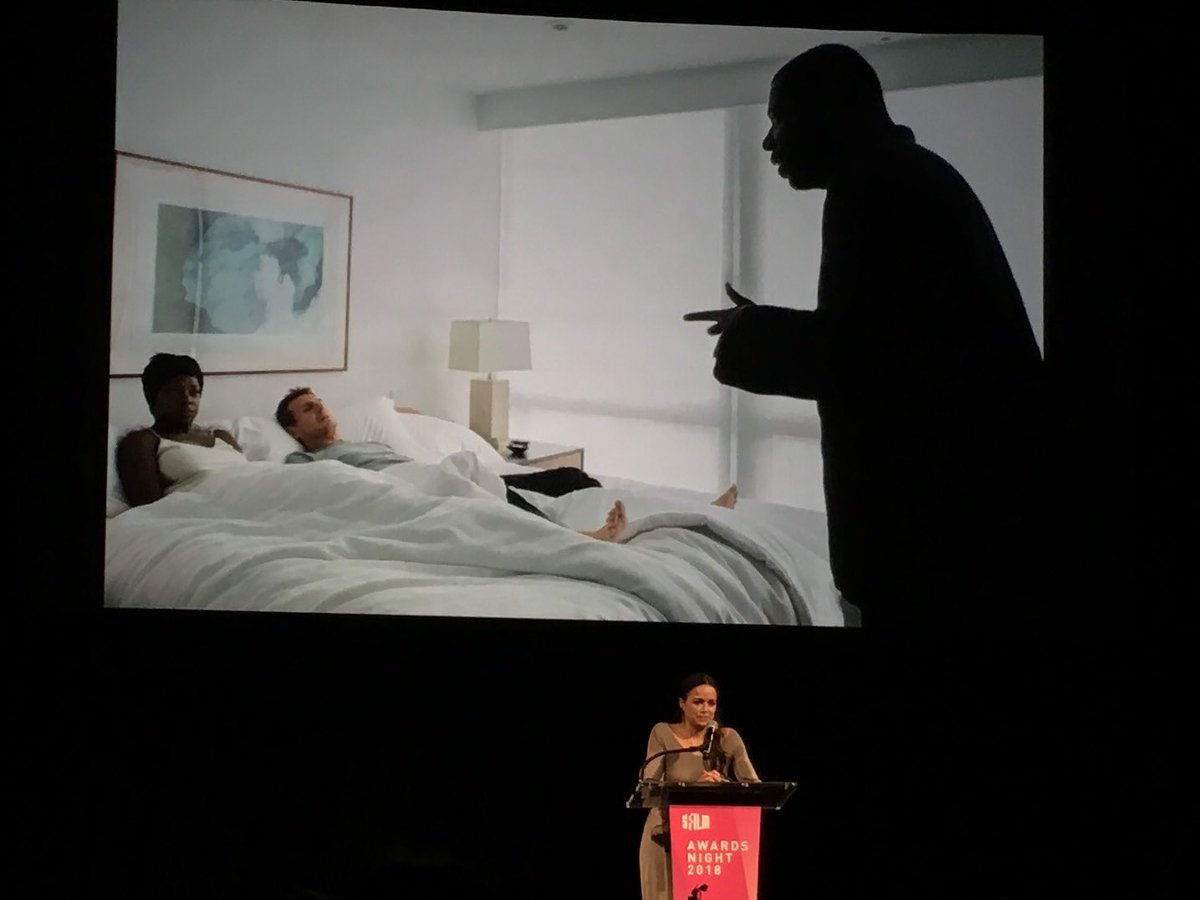 “I’m not getting an award for style,” said Riley, who quit film school to pursue the music boom and then returned to his first love, film. He complained that too many people write movies based on things they’ve seen in other movies, not real life. “I want something new that talks about how people can change the world.” “Sorry to Bother You” was “crazy,” he said, “Because it was new.”

The fundraiser raised over $250,000 from the assembled guests in a little over ten minutes from donors like Adam McKay, Dawn Porter, Alice Waters and more.

On Sunday night at the Castro, McKay submitted to an interview with “The Big Short” writer Michael Lewis, who reminded him that he dropped out of college. (During my interview with him and his “Vice” star Amy Adams the next day, they both remembered money being in short supply during their school days.) On Monday, McKay presented the Acting Award to Adams, thanking her for choosing the “more difficult road of “artist and an actress.” He needed her to play Machiavellian wife Lynne Cheney in “Vice” because he hinged the entire movie on her performance. Adams said she was glad she didn’t know that while she was making the movie. “I am someone who has a close relationship with fear,” Adams admitted.

Michelle Rodriguez presented the Directing Award to her “Widows” director Steve McQueen, who reminded the crowd that making movies is a family affair, he said. “It’s not me, it’s we.” But in the end, “the only thing worth living for and dying for is love.”