Home » TV & Movies » 'Sex and the City': Were Charlotte York and Samantha Jones Ever Really Friends?

'Sex and the City': Were Charlotte York and Samantha Jones Ever Really Friends? 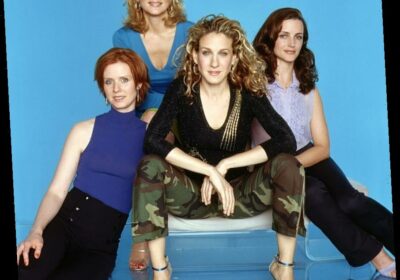 Sex and the City made it clear that Carrie Bradshaw was the glue that kept her friend group together. Much of the social action revolved around Carrie, but Miranda Hobbes seemed to have independent relationships with Charlotte York and Samantha Jones. Charlotte and Samantha, on the other hand, didn’t seem to like each other. For years, fans of the series have questioned if the duo were ever really friends.

How did the main characters of Sex and the City meet?

While the show’s writers didn’t delve deeply into the background of Sex and the City’s main characters, Candace Bushnell did. In the books that inspired the series, Bushnell revealed that Carrie is the one who met each of her three best friends and drew them together into a four-person group. Carrie met Charlotte while riding the subway. She met Miranda while working at Bloomingdale’s, and she met Samantha because she was the cousin of a friend from back home.

The ladies each met Carrie sometime in the 1980s. When Sex and the City premiered on HBO, they had been friends for more than a decade, and their dynamic was well-established, and the writers never offered further explanation about their friendships to fans. Bushnell never delved into how Miranda, Charlotte, and Samantha became friends with each other, either. It’s safe to assume Carrie is the one who brought them all together.’

Charlotte and Samantha, from the start, appeared to be unlikely friends. The two women had vastly different upbringings, conflicting values, and totally different takes on how dating, sex, and life in Manhattan worked. Charlotte, the daughter of a doctor and socialite, had traditional views of dating and sex. Her main goal, which was to get married, was mercilessly mocked by Samantha.

On the other hand, Samantha was self-made and made it clear that she lived her life for nobody but herself. Sexually liberated, open, and commitment-phobic, Samantha was often left out by Charlotte and regularly slut-shamed. It became clear that Charlotte didn’t see Samantha as her pal when she revealed she only asked Samantha to take part in her wedding to Trey MacDougal so that she wouldn’t feel left out.

Would Charlotte York and Samantha Jones have been friends without Carrie Bradshaw?

Carrie wasn’t the glue that held everyone’s friendships together but was she the only thing keeping Sam and Charlotte in the same social sphere? Samantha and Miranda and Miranda and Charlotte seemed to have something in common outside of Carrie. The same can not be said for Charlotte and Samantha, though. Because of their vastly different lifestyles, differing upbringings, and unique views on sex, dating, and life in Manhattan, it seems incredibly likely that Charlotte and Samantha would have never crossed paths if it hadn’t been for Carrie.

Why did they maintain a friendship, though? Simply put, they didn’t. There were very few moments where Samantha and Charlotte seemed to connect without the other pals. Their solo outings were incredibly limited. Without Carrie and Miranda, it is safe to say they probably wouldn’t have spent any time together. Perhaps that’s how the writers for And Just Like That, the Sex and the City reboot, will deal with Samantha Jones’s absence.