With so many entertainment options, it's easy to miss brilliant streaming shows, movies and documentaries. Here are the ones to hit play on, or skip.

The Spy
Netflix, from Friday

This gripping six-part series is a lot of different things. It's an epic spy story based on real events, expertly told by none other than Gideon Raff (creator of the Israeli series that inspired Homeland). It's a visceral reminder of the fear and hatred that animate conflicts in the Middle East, and of the cruel sacrifices those conflicts demand.

It's also an enormous leap forward in the evolution of Sacha Baron Cohen as a serious dramatic actor. Baron Cohen plays the legendary Mossad agent Eli Cohen, who in the 1960s infiltrated the government of Syria in a long-term undercover operation that succeeded far beyond what anyone involved could have imagined. 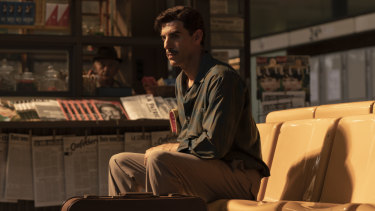 From the outset it's clear that the story has a horrific ending, but Baron Cohen and writer-director Gaff succeed in maintaining heart-pounding tension throughout. Eli Cohen is a fascinating character, and Raff deftly shades in some background. The Egyptian-born Cohen is driven to prove just how extraordinary he is. Those around him who know of his work spiriting fellow Jews out of a hostile Egypt regard him has a hero, but he rankles at the demeaning assumptions other Israelis make about him based on his darker-skinned "Arab" appearance.

Family life with his wife, Nadia (Homeland's Hadar Ratzon Rotem), is not going to remain idyllic for long. He's soon joining Mossad and training as a spy under handler Dan Peleg (The Americans' Noah Emmerich), who is deeply ambivalent about his own responsibilities. From there Cohen is headed to Syria the long way around – via Buenos Aires where he spends months infiltrating the Arab expat community by posing as a gregarious Arab businessman. 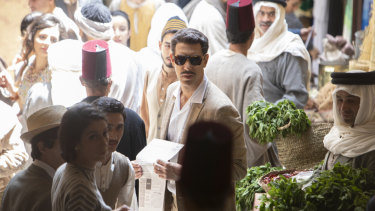 Life and death: Infiltrating the Arab community as a spy for Israel.

It's in Buenos Aires that the viewer first sees just what a matter of life and death it all is, and where Cohen first meets Amin al-Hafiz (Waleed Zuaiter), a Syrian military attache bound to go on to much bigger things. When Cohen reaches Syria, things really take off, with the spy finding ever more ingenious and daring ways of getting information back to Tel Aviv, all the while establishing an ever more hedonistic social circle involving ever more senior members of the Syrian military and government.

Baron Cohen is hugely impressive, playing things unfailingly straight as Cohen's own sense of self atrophies over years of audacious imposture and ascetic self-containment. Raff, shooting in Morocco, brings the colours and verve of '60s cinema to an architecture of down-at-heel menace. Fabulous television.

The first season of The Terror was a ripper. The claustrophobic tale of an ill-fated 19th-century British naval expedition was so tense and perfectly cast that it could easily have done without the supernatural element. 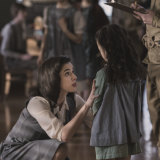 Cristina Rodlo in The Terror: Infamy.

This new volume of what is now an anthology series takes us into the experience of Japanese Americans interned during World War II – a world so horrifying in itself that this season's spook feels redundant as well. Said spook makes its presence felt immediately, but California's Japanese-American community has more pressing problems. The attack on Pearl Harbor leads quickly to internment, and while Japanese-born fisherman Henry (Shingo Usami) and old timer Yamato (George Takei) endure their exile to the frozen north, Henry's American-born son, Chester (Derek Mio), decides to risk his own life going on the run with his pregnant girlfriend, Luz (Cristina Rodlo).

The table-setting in the early episodes has felt quite rushed at times, which is surprising given that season creators Max Borenstein (who wrote the 2014 Godzilla movie) and Alexander Woo (True Blood) are presumably setting us up for a long, slow burn. 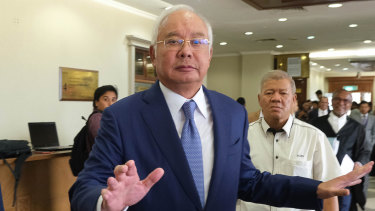 The Kleptocrats is far more captivating than any documentary about a government embezzlement scandal ought to be. Its chronicle of the Malaysian 1MDB scandal unfolds like the plot of a great big Hollywood movie, involving among other things, links to a great big Hollywood movie (The Wolf of Wall Street), and dogged reporters pulling on strings that lead from country to country, to the downfall of a government and the trial of a prime minister. The documentary doesn't aim for sensation but its subject certainly provides it. 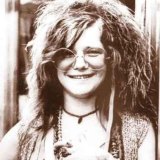 Oscar-nominated documentarian Amy Berg (Deliver Us from Evil), paints a heartbreaking portrait of Janis Joplin in a film that simultaneously underlines her incredible talent and power as a performer and the desperate desire for acceptance, approval and, eventually, fame that tormented her in the drug-racked years leading up to her death from a heroin overdose at the age of 27. Interviews with old bandmates, friends and lovers give the documentary a tangible intimacy as it reveals the shy vulnerability behind the enormous voice.

Before Andrew Lincoln had the weight of a dying world on his shoulders in The Walking Dead, he had scarcely a care in the world as resolutely juvenile schoolteacher Simon Casey in Teachers. 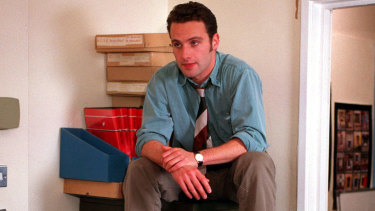 Though comedies about manchildren behaving boorishly are distinctly out of fashion, Simon and his naughty-teacher pals (Raquel Cassidy, Adrian Bower and Navin Chowdhry) are charming enough to get away with it, whether they be indulging in puerile sex banter or drunkenly burgling their own school. It knocks most similar stuff sideways into a cocked hat. 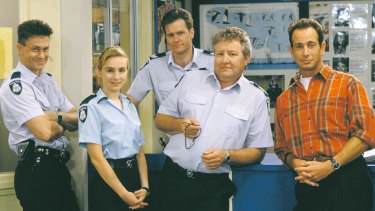 Recent reports of new "comfort viewing" habits have conjured disturbing images of millions of Americans sunk in a cultural catatonia, rewatching season after season of Friends (which Australians can also do via Stan*). But there's something undeniably cosy about curling up with familiar, undemanding telly from calmer times. Blue Heelers fits that bill perfectly, right from the very moment back in 1994 that young Constable Maggie Doyle (the immediately impressive Lisa McCune) arrives in Mount Thomas to find herself contending with ornery locals and antediluvian attitudes.

*Stan is owned by this masthead