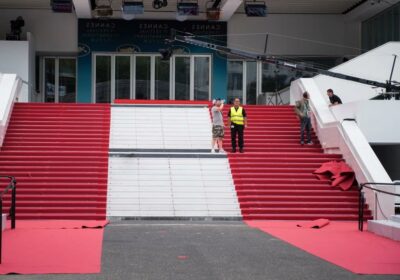 EXCLUSIVE: In a smart move that aligns all the markets associated with this year’s Cannes Film Festival, the international sellers and major agencies have agreed to stage their virtual sales market at the late June date which the Cannes  Marché selected today. This while the industry still wonders if the festival will be able to follow through with its plans to hold both the Cannes Film Festival and a Cannes Market on the Croisette in July, with the global Covid pandemic lingering.

This is a welcome move — the  Marché was originally slated for next month — to avoid having Cannes-associated events in three separate months. Deadline reported earlier today that the Cannes Marché is scrapping its ‘pre-Cannes screenings’ in May in favor of a June 21-25 event.

Buyers and sellers have been trying for weeks to figure out the best course to be able to present the most cohesive plan to cut down the chaos. Last year’s Cannes Virtual market, considering that the country was shuttered and the film business in dry dock, had bright spots. The biggest was an auction of the Antoine Fuqua-directed Will Smith-starrer Emancipation, which Apple acquired in a deal pegged around $130 million. That movie just made headlines as it exited shooting in Georgia because of the restrictive election statutes signed into law. It will instead be shot in Louisiana, where a slave’s dangerous journey to freedom actually happened.

The Marché issued this statement earlier today: “Following the request from sales agents to have an event between the EFM and the Marché du Film in Cannes in July, the Marché du Film announced a few weeks ago the Pre-Cannes Screenings in May.

More recently, some sales companies voiced their preference to hold the event later in June. We therefore decided to launch a wide survey to all buyers and sellers. More than 700 answered: a vast majority confirmed their participation in the Pre-Cannes Screenings and 66% voted in this new context for moving to 21 June.

Listening to and answering the needs of the industry are key values of the Marché du Film team. Therefore, we have decided to run the online Pre-Cannes Screenings from 21-25 June, two weeks before the Marché du Film in Cannes (6-15 July).”

The prospect of a Marché-led pre-Cannes screenings event in May, a U.S.-industry-led virtual market in June and then the Cannes Film Festival and market itself in July was always going to be overkill.

Three Cannes-type events in quick succession is still on the cards, however. Though it remains to be seen whether, or how, the Cannes Film Festival and market will take place in July, given the ongoing high rates of infection in Europe and slow vaccine rollout.