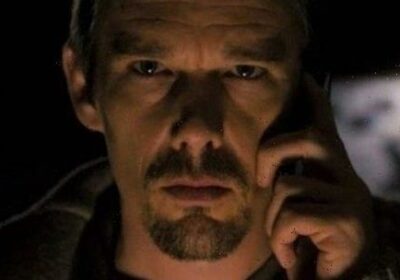 Universal and Blumhouse have set the release date for Scott Derrickson‘s return to horror, The Black Phone. The film, which reunites Derrickson with his Sinister star Ethan Hawke, will land in theaters in winter 2022.

Deadline reports that Universal Pictures and Blumhouse productions have set the Black Phone release date for January 28, 2022. The Black Phone marks Derrickson’s highly anticipated return to horror after directing Marvel’s Doctor Strange, and is based on a short story by Joe Hill in which a boy is kidnapped and locked away in a basement with a disconnected phone that suddenly starts to ring.

Universal had already placed the date on hold for a Blumhouse title, and The Black Phone easily slid into the slot. As of now, The Black Phone is the only wide release on that date, following the week after Sony and Marvel’s Morbius is due in theaters on January 21. Per Deadline, no wide releases have yet been scheduled for the following weekend.

The Black Phone tells the story of a Finney Shaw, “a shy but clever 13-year-old boy, is abducted by a sadistic killer and trapped in a soundproof basement where screaming is of little use. When a disconnected phone on the wall begins to ring, Finney discovers that he can hear the voices of the killer’s previous victims. And they are dead set on making sure that what happened to them doesn’t happen to Finney.”

A January release doesn’t bode well for certain films, but it could suit a small-scale horror movie like The Black Phone. There’s a chance Universal is banking on The Black Phone being a sleeper hit, taking advantage of a traditionally slow season. This is, after all a reunion between Hawke and Derrickson — with Hawke playing against type as a villain, at that — and the filmmaker’s return to horror after directing such genre hits as Sinister, The Exorcism of Emily Rose, and Deliver Us From Evil.