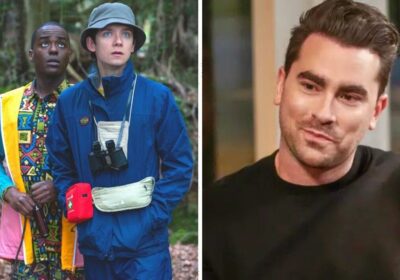 Dan Levy shot to fame after starring as David Rose on Netflix’s acclaimed sitcom Schitt’s Creek. As the series came to an end in 2020, fans can expect to see the actor return to screens after landing a major role in the upcoming fourth season of Sex Education.

As filming for season four of Sex Education continues, bosses announced the addition of Dan to its cast.

The Emmy award-winning actor and director will be one of the many new faces expected to make an appearance when the show returns.

As well as the main cast reprising their roles, Dan will be one of seven newcomers to land a recurring role on Sex Education.

He will be joined by Thaddea Graham and Marie Reuther, who have secured a position as series regulars. 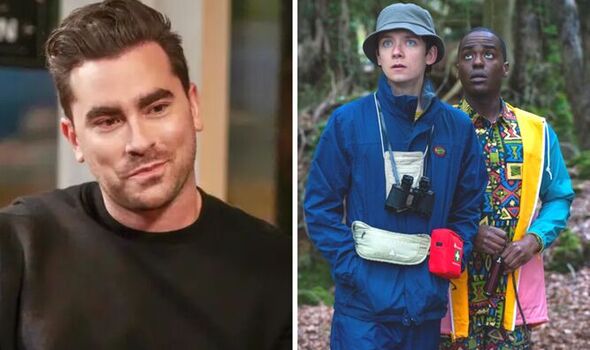 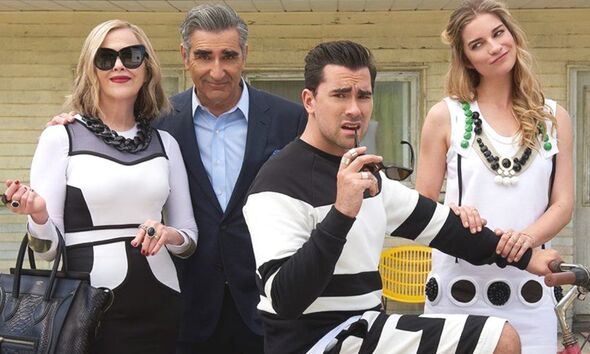 It has been revealed that Dan will star as a famous author, Thomas Molloy.

The character will also be featured alongside Maeve Wiley (played by Emma Mackey) as her US course tutor at her Ivy League college.

Although the cast and bosses have remained tight-lipped about Thomas’ personality, the multiple additions to the show came after a number of creative changes. 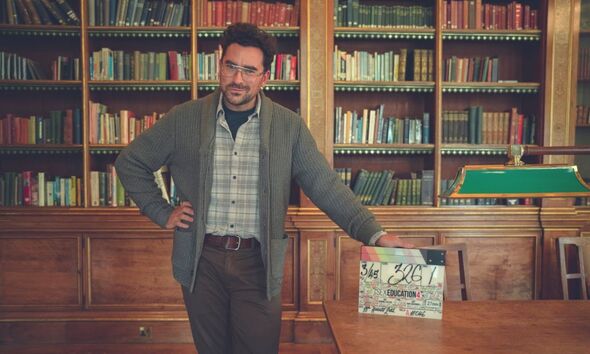 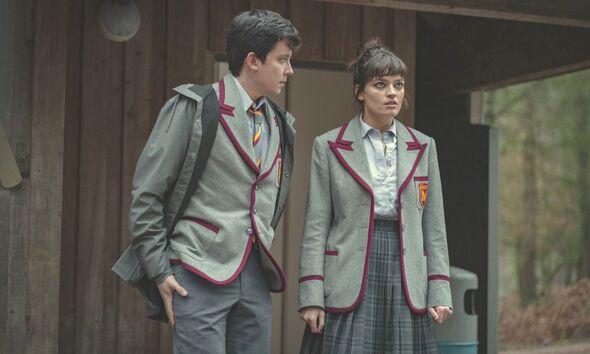 The series followed the personal lives of the students, teachers and parents of Moordale Secondary School.

However, fans were met with a huge blow in season three following the closure of the school after it was revealed investors had withdrawn their funding.

This was huge devastation for the characters as Mooredale was a second home to most of the students and the place where a majority of the drama took place.

Ahead of the show’s comeback, the actors Patricia Allison, Tanya Reynolds, Simone Ashley and Rahkee Thakrar also confirmed they would not be returning to the show.

Despite this, there is good news for fans as stars Asa Butterfield, Gillian Anderson, Ncuti Gatwa, Kedar Williams-Stirling Aimee-Lou Wood, and Connor Swindells will be reprising their roles.

Although a release date for the fourth season has yet to be confirmed, a logline for the instalment was released, and it read: “Following the closure of Moordale Secondary, Otis and Eric now face a new frontier – their first day at Cavendish Sixth Form College.

“Otis is nervous about setting up his new clinic, whilst Eric is praying they won’t be losers again.

“But Cavendish is a culture shock for all the Moordale students – they thought they were progressive, but this new college is another level.

“There’s daily yoga in the communal garden, a strong sustainability vibe and a group of kids who are popular for being… kind?!

“Viv is totally thrown by the college’s student-led, non-competitive approach, while Jackson is still struggling to get over Cal.

“Aimee tries something new by taking an Art A Level and Adam grapples with whether mainstream education is for him.”

It added: “Over in the US, Maeve is living her dream at prestigious Wallace University, being taught by cult author Thomas Molloy.

“Otis is pining after her, whilst adjusting to not being an only child at home, or the only therapist on campus…”