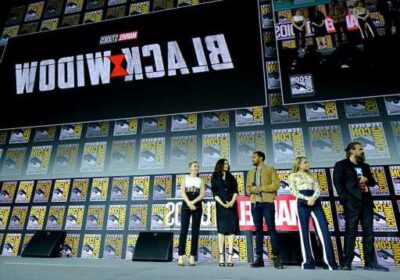 Following in the footsteps of Raya and the Last Dragon, Black Widow will premiere on Disney+ the same day it debuts in theaters — July 9. The film will be available for $29.99 under a premium access option. The movie is a prequel diving headfirst into Natasha Romanoff’s (Scarlett Johansson) background and showing viewers where she was between the events of Captain America: Civil War and Infinity War.

During an interview with Entertainment Weekly, Johansson discussed her journey as Black Widow in the Marvel Cinematic Universe, noting what fans can expect from the upcoming solo installment. Johansson says that the movie will aim to create a sense of familiarity.

Johansson explained to Entertainment Weekly that “all the fight sequences in this Black Widow standalone come from a deep emotional place.” She went on to note that much of the emotions people tie to fractured or fragile family members throughout time — hope, disappointment, and trust — all surface in the film. She shared:

“All of the feelings that you associate with your family — the disappointment that comes with expectation, and the sense of trust, or broken trust, or abandonment, or whatever — all that stuff, it should feel very familiar, which is really fun…”

She noted that the sense of familiarity is reminiscent of prizefighters coming together for another round in the ring.

“It’s like when you see prizefighters who have come together to have a second go at it, and you know that there’s just all that built-up tension in a good kind of way, that the audience is like ‘oh yes, this is so exciting,’ because there’s an emotional journey that got them there…”

Johansson explained that that feeling “totally kills” and Black Widow manages to capture that same sort of energy.

Now, viewers will just have to wait to see if the upcoming movie is able to build the same kind of intensity. Because Black Widow has been in the MCU for so long and had yet to receive a standalone film until this point, the character has fans’ wants and a ton of hype on her side.