Home » 'Scandal': Kerry Washington Made History In Her Role As Olivia Pope

'Scandal': Kerry Washington Made History In Her Role As Olivia Pope 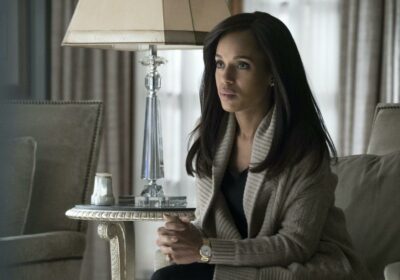 With television’s long history at this point, it’s hard to imagine there are that many “firsts” left to accomplish, but there are some TV shows that continue to make history. It might be easy to shrug off groundbreaking moves by saying that it’s only a television show, but pop culture often leads the way in shaping how viewers perceive the world around them.

Even though Scandal premiered in 2012 — long after many of the TV “firsts” had come and gone — it managed to break ground in multiple ways.

‘Scandal’ is a political drama from Shonda Rhimes

When Scandal premiered in 2012, Shonda Rhimes had already gained plenty of fans and earned a reputation as the queen of twists and turns with Grey’s Anatomy.

Scandal had some of that familiar drama, but the setting was new, and the tone was even darker and more, well, scandalous. The series centers on Olivia Pope, a public relations expert who serves as a “fixer” to some very high-profile clients, especially politicians.

Olivia, expertly portrayed by Kerry Washington, is so good at her job partly because she can leverage the experiences and connections she had as the White House Communications Director prior to starting her own firm.

As the show goes on, viewers find out that Olivia isn’t just good at hiding everyone else’s secrets — she’s also been covering up plenty of her own. Not the least of which is the fact that she had an affair with the President of the United States himself, and despite her best efforts, it’s far from over.

What unfolds over the next seven seasons is a wild ride through betrayal, subterfuge, political corruption, and secret government agencies. The riveting show wrapped up in 2018.

Scandal wasn’t exactly a breakthrough role for Kerry Washington, who had already made quite a name for herself in Hollywood prior to landing the part. As her filmography reveals, she had performed in major films like Django Unchained, For Colored Girls, and The Last King of Scotland.

Still, Scandal offered her the chance to play a character with so much depth and screen time that it was a substantial boost to her star power, and Washington was able to roll the considerable fame into even more high-profile roles, including the recent Little Fires Everywhere.

Her expert portrayal of Olivia Pope earned her plenty of accolades including a Golden Globe nomination and multiple Primetime Emmy nods.

‘Scandal’ was groundbreaking in multiple ways

Shonda Rhimes clearly understands the value of breaking glass ceilings and busting through barriers, and she revealed that Olivia Pope’s alias in season 4 (which was Julia Baker) was a nod to Julia, another groundbreaking television show that premiered in 1968 and starred Diahann Carroll. It’s clear that Scandal was part of an important legacy.