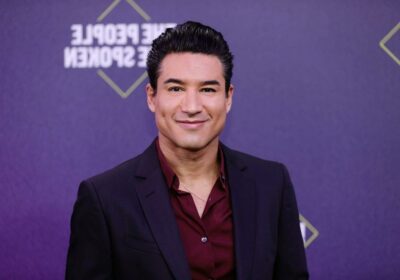 When it comes to successful child actors, Mario Lopez is on the list. The actor’s transition from teen hunk to television host is remarkable. Although he still acts, these days, Lopez is busy hosting the entertainment news show Access Hollywood. However, to fans, he’ll always be known as A.C. Slater from Saved by the Bell. Before stepping into the role of Slater, Lopez guest-starred on another hit 80s comedy.

Lopez’s career as a child star began in 1984 when he was 10 years old. The young actor began landing small gigs, and in 1987 he got the chance to work with four of television’s iconic women on The Golden Girls. Lopez appeared in the season two episode Dorothy’s Prized Pupil.

Lopez played a boy named Mario, one of Dorothy Zbornak’s (Bea Arthur) prized students. When Mario wins an essay contest, Dorothy and the girls throw him a party. But the celebration is cut short when an agent arrives at the house, informing Dorothy that Mario is in the country illegally. Despite Dorothy’s best efforts to help, Mario is deported back to his country.

Mario Lopez’s fond memories of his ‘The Golden Girls’ appearance

Fans consider Dorothy’s Prized Pupil to be one of the best episodes of The Golden Girls. Along with other celebrities such as George Clooney, Lopez was lucky to get their star on the popular NBC sitcom. For a young boy like Lopez, it was a dream come true to star alongside Arthur, Betty White, Rue McClanahan, and Estelle Getty.

In a 2019 interview with Today, Lopez recalled his fondest memories of his guest appearance. Lopez credits the ladies with helping him with his acting by offering tips. He also revealed the girls were nice and made him feel comfortable, and they even took him out to lunch. When discussing the show’s popularity, Lopez is still a fan of the show and said, “The Golden Girls was like Sex and the City before Sex and the City.”

Two years after his guest appearance on The Golden Girls, Lopez would land the role that’d make him a star. Lopez would steal the hearts of young fans as A.C. Slater on Saved by the Bell. Slater was Bayside High’s resident jock, who early on had a rivalry with Zack Morris (Mark-Paul Gosselaar), but the two eventually become friends. Slater’s relationship with honor student Jessie Spano (Elizabeth Berkley) becomes a focus of the show, with the two disagreeing over Jessie’s feminist views.

Lopez would reprise his role as Slater for the spinoffs and films. In 2020, he rejoined his fellow castmates for the Saved by the Bell reboot. Slater is a football coach at Bayside High in the reboot, where he’s reunited with his ex-girlfriend Jessie, who’s the school’s counselor. With the show picked up for another season, fans will see more of Lopez, Berkley, and the rest of the Saved by the Bell gang.