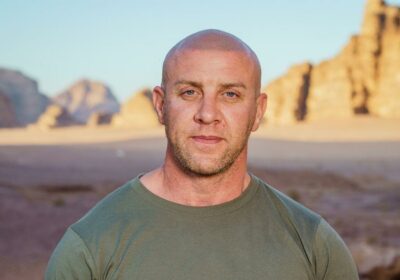 A beefy firefighter taking part in TV’s SAS: Who Dares Wins stuns his bosses by revealing he was born a woman.

Nic Brennan, 40, is among the 20 recruits facing the gruelling special forces training course on the Channel 4 show.

However, none of the directing staff or his team mates knew about his past when he signed up.

And it took a few days before he opened up about his struggles with gender dysphoria and how he hit rock bottom wishing he had been "born correctly".

The shaved headed contestant said: "From a very young age I felt different. I felt like a boy trapped in the wrong body and that became progressively worse once I started puberty.

"It was a fear of growing up with two sisters and knowing what was ahead. I remember being as young as five years old and I’d beat my chest every night hoping and praying I’d never wake up with breasts."

It took Nic from Cheshire many years of feeling isolated and angry to discover that he was suffering from the condtion called gender dysphoria.

But in 2011, he went ahead with gender reassignment surgery and is now living as a man.

He moved from the fire service at Stockton Heath to a new station in Runcorn where he claims all the crew are "like family" to him.

"I try and make the best of the hand I’ve been dealt. I can’t change the past. I can rip up photos of my previous life but its still there in my head. I am 40 and feel like I am waiting for my life to begin."

SAS Who Dares Wins new chief instructor and ex-marine Rudy Reyes saluted his courage in coming on the TV show.

He told him: “You are a very strong person and what you have done with your life already is amazing.”

SAS: Who Dares Wins airs Sundays on Channel 4 at 9pm