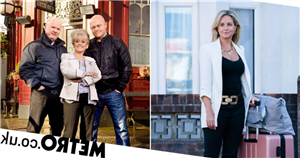 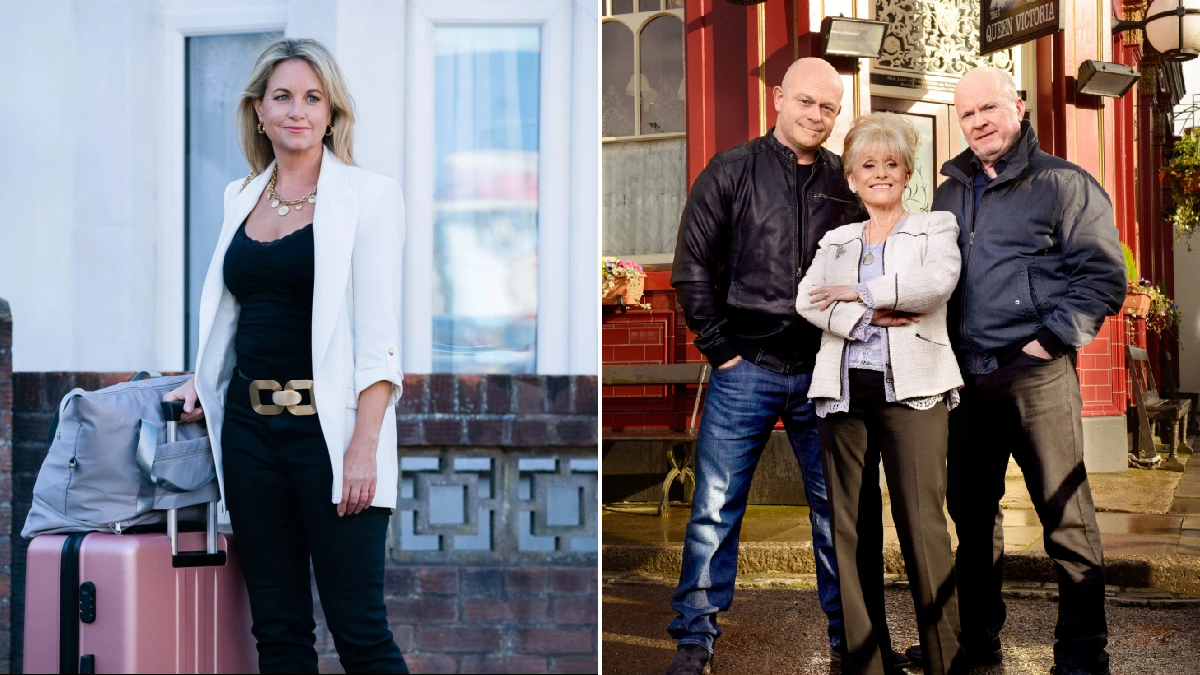 Kim Medcalf’s returning scenes as Sam Mitchell in EastEnders will air next week.

The actress played Sam between 2002 and 2005, before Daniella Westbrook returned to play the role again.

Kim’s comeback was revealed earlier this year, and fans are buzzing to see her back in Walford again.

Life was very different when Kim last played the role of Sam, and returning to the EastEnders set has really made the actress miss the presence of Barbara Windsor, following her death.

‘It feels very different but also very similar’, she said.

‘It’s so wonderful to still have some of my on screen family including Steve and Perry (Fenwick). I have to say though it’s very sad not to have the incredible Dame Barbara Windsor who played my on-screen mum.

‘There is a big hole in the Mitchell family where Peggy should be and we all miss her very much, she was an icon in front of and behind the camera.’

Barbara Windsor passed away in 2020.

The acting legend, who was diagnosed with Alzheimer’s Disease in 2014, died at a London care home, her husband Scott Mitchell confirmed to PA.

In a statement at the time, Mitchell said: ‘Her passing was from Alzheimer’s/dementia and Barbara eventually died peacefully and I spent the last seven days by her side.

‘Myself, her family and friends will remember Barbara with love, a smile and affection for the many years of her love, fun, friendship and brightness she brought to all our lives and the entertainment she gave to so many thousands of others during her career.’