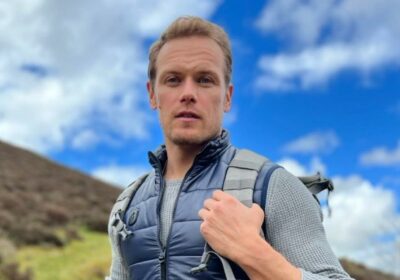 The ‘Outlander’ actor has been cast to portray the main character in the upcoming movie version of the video game ‘Days Gone’ which is set in a post-apocalyptic world.

AceShowbiz –Sam Heughan has landed the main role in the upcoming big-screen adaptation of the video game “Days Gone“. The “Outlander” star is set to lead the film that is being developed by the movie division of Sony PlayStation Productions, with Sheldon Turner adapting the game for the big screen.

The development of the film comes after the release of “Uncharted” the movie earlier this year. Starring Tom Holland and Mark Wahlberg, “Uncharted” based on the gaming franchise of the same name turned out to be a box-office success.

“Days Gone” was created by Bend Studio and is set in the Pacific Northwest following a devastating global pandemic. It chronicles former motorcycle club member Deacon St. John as he fights to survive in a world of despair and mutated humans in an attempt to find the long-lost love of his life.

Sam will play the role of Deacon and Turner’s script is set to be a love ballad to motorcycle movies, the bike being Deacon’s lone form of transport.

Sam plays Jamie Fraser in the historical drama series “Outlander” and has also been tipped as a possible successor to Daniel Craig as James Bond. He previously revealed that he would jump at the chance to play 007 if the opportunity arose.

The 42-year-old actor said, “I don’t think any actor would ever say no. If I was asked to audition for it, I would be delighted.”