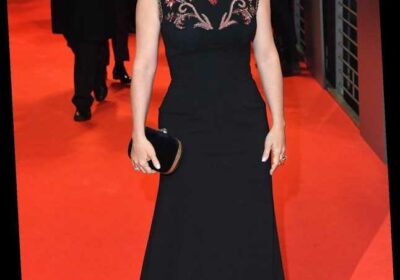 Salma Hayek had a harder time than she expected after Harvey Weinstein was convicted of rape and sexual assault.

The actress, who earned an Oscar nomination for the Weinstein-produced Frida in 2003, previously opened up about her own experience with the disgraced mogul, alleging he sexually harassed her on the set of the biopic.

Weinstein, 68, has since been sentenced to 23 years in prison after a New York jury found him guilty of criminal sexual act in the first degree and rape in the third degree. But the conviction made Hayek, 54, realize she still had healing to do from her own experience with the former producer.

"The amazing thing is that I thought I had healed," she told U.K.'s Evening Standard while promoting her new movie Bliss. "And then everything came out again and I realized I didn't heal, I repressed and I coped, I adjusted, I went on, so there was a layer of healing because it didn't stop me from growing. But it was very painful for a long time. I didn't know there were so many other women affected and that it went so deep. It was very shocking. But the fact that we [took action] together made it really healing."

Hayek said she has since "moved on."

"I lived with that for long enough and I detach myself from it now," she added.

In 2017, as dozens of allegations against Weinstein began to surface, Hayek wrote an emotional op-ed for The New York Times where she alleged how Weinstein would go into a "Machiavellian rage" whenever she refused his sexual advances.

"The range of his persuasion tactics went from sweet-talking me to that one time when, in an attack of fury, he said the terrifying words, 'I will kill you, don't think I can't,'" she claimed.

But those alleged threats didn't appear to stop Hayek, who said she would often tell Weinstein "no" when he allegedly made demands.

At the time, Weinstein's rep responded to the allegations in a statement to PEOPLE.

"Mr. Weinstein regards Salma Hayek as a first-class actress and cast her in several of his movies, among them Once Upon a Time in Mexico, Dogma, and Studio 54. He was very proud of her Best Actress Academy Award nomination for Frida and continues to support her work," the statement read.