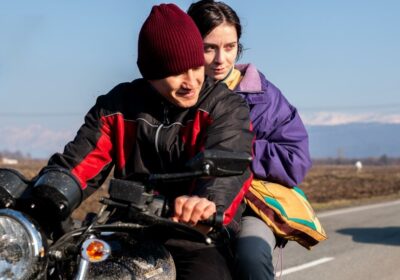 Russian producer Alexander Rodnyansky brings a basket brimming with projects to this year’s AFM as he looks forward to easier international conditions as the COVID pandemic begins to recede.

Deals with two of Russia’s biggest platforms — Kinopoisk HD on local search engine giant Yandex, and Okko, part of leading bank Sber (which has a client base that numbers 90 million) — as well as a strategic partnership and first-look deal with Apple to produce Russian-language and multilingual international shows for Apple Plus TV allows the two-time Oscar nominee (“Leviathan,” “Loveless”) a breadth of material with which to work.

Top projects include “Red Rainbow,” the winner of this year’s co-production pitching competition at Series Mania. “Rainbow” is based on a true story set in 1979 about three young gay activists from West Berlin who are invited to Moscow on an official visit, not realizing that homosexuality is a crime in the Soviet Union.

Written by acclaimed British TV writer Matt Jones (“Doctor Who,” “Torchwood”), an Emmy-award-winning director for the eight-episode series will soon be announced by Rodnyansky.

“Today we have incredible opportunities to create and sell international series,” he says over breakfast at St. Petersburg’s Astoria hotel where, in October, he wrapped the second edition of one of his latest projects, the New Holland Intl. Debut Film Festival, a collaboration with British soccer club Chelsea owner and arts philanthropist Roman Abramovich.

“I’ve just been writing on my Instagram account about the phenomenal success of South Korea’s ‘Squid Game,’ which is No. 1 in more than 90 countries. Ten years ago it would have been hard to imagine that a non-American show could conquer the world. Today quality can cross borders and convince audiences around the world. This is a great chance for me to expand the reach of the projects I produce.”

The success of Russia’s “Chernobyl” series, known as “Chernobyl 1986” on Netflix to distinguish it from the HBO/Sky series, has convinced Rodnyansky of the international appetite for Russian stories with quality scripts and casts. “Chernobyl 1986” has a special place in the producer’s heart. Kiev-born Rodnyansky was a young documentary filmmaker in 1986; he was shooting at Chernobyl within five days of the nuclear station meltdown in April 1986.

In 2011 he was a co-producer of Alexander Mindadze’s Chernobyl movie “Innocent Saturday,” which screened in main competition at the Berlinale.

Among the 15 TV series he has in the pipeline for the Yandex and Sber platforms are “Frozen Land,” about a Russian serial killer — told through the eyes of the killer’s devoted fiancé and then wife. It is produced with a largely female crew, including its star Svetlana Khodchenkova; and “Durov’s Coat” — the story of Pavel Durov, the founder of Russia’s answer to Facebook, Vkontakte, and messenger service Telegram.

There is also “Enemy of the USSR,” which Rodnyansky describes as a “‘Munich’-toned thriller,” which tells the story of the assassination of early Communist leader Leon Trotsky through the eyes of his killers. It is another project for which a top international director will
be sought.

Rodnyansky, who is fresh from success at Cannes with Kira Kovalenko’s Un Certain Regard winner “Unclenching the Fists” (pictured) and Ari Folman’s animated “Where Is Anne Frank,” is not neglecting movies at AFM. He’s got “Beanpole” director Kantemir Balagov’s new project, “Monica,” about a challenging father-and-son relationship set in his home town of Nalchik in the North Caucasian autonomous republic of Kabardino-Balkaria, in his portfolio. He describes Balagov and Kovalenko, who are partners, as his “power couple.”

Looking further ahead, Rodnyansky says the world can look forward to a new project, and English-language first, from Andrei Zvyagintsev. The multi-award winning director (“Leviathan, “Loveless”) is currently recovering in a German clinic after falling seriously ill with COVID earlier this year. The film, “What Happens,” is a contemplative study of the frailty of human life written by Zvyagintsev’s long-term collaborator Oleg Negin. It is targeted to go into production next year.

“Andrei was working on the screenplay when he sadly fell ill with COVID,” Rodnyansky says. “But I am hopeful he will be back in Russia before the year is out and we shall recommence work on the project next year.”