Actress Rose McGowan is urging Australian women to walk out of work on Wednesday afternoon to demand pay parity. 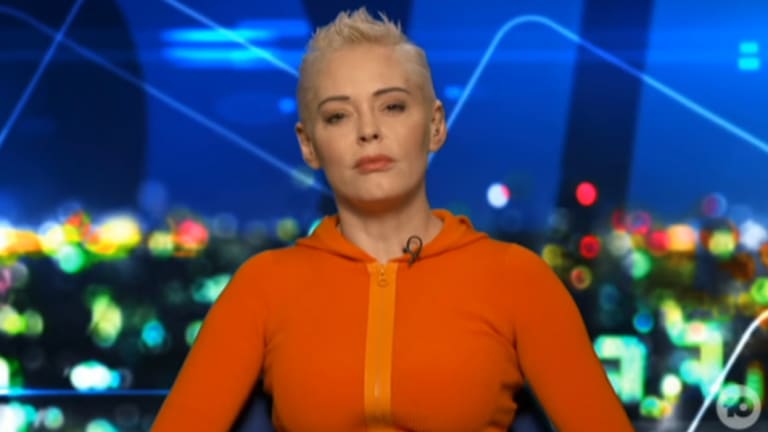 Rose McGowan on The Project.Credit:Ten

The campaign urges women to walk out of work at 3:50pm on Wednesday, because "women essentially work an extra 70 or so minutes a day free", its organisers state.

McGowan said she was alerted to the campaign by supporters within the Female Social Network, who taught her about the "pay inequalities and inequities in Australia".

Campaign organisers say at current rates women would need to work "another 62 earning days in the calendar year to achieve annual pay parity with men".

McGowan said male co-workers should join in the protest, in an effort to ensure any management backlash wouldn't be solely shouldered by women campaigning for their own rights.

"I would hope that these women would have a co-worker, a man, to walk out alongside them," she told Project host Lisa Wilkinson.

"The whole thing with #WalkoutOz is it's really just about showing that this is inherently wrong.

"I know that for women the inequality is huge, but if they can just go outside of that building for five minutes, say you're taking a cigarette break or something, then you'll make a difference overall."

In the interview, McGowan also discussed the personal toll she's faced as one of the more prominent figures in the #MeToo movement, describing her role as "a gatekeeper of pain".

"Especially in this last year, which was a really triggering year for a lot of people, it definitely felt like at some points I was a gatekeeper for that. But I can shoulder it, and I'm here to shoulder it…

"But yes, I've probably shaved a couple of years off my life," she said.