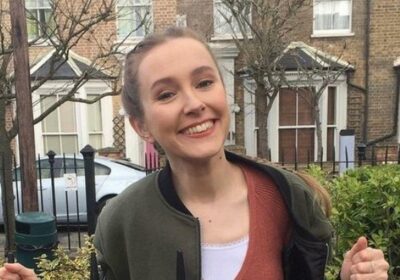 EastEnders fans were first introduced to her as Frankie Lewis in 2020 and Rose has been a fan favourite ever since.

It makes her sudden exit from the BBC soap more of a blow for viewers, with the actress saying: “I will always treasure my time on the show.”

Her time on Strictly catapulted her stardom to the next level, leaving fans wondering what she will do next.

The 27-year-old also took to Instagram to share the disappointing update, with her over 500,000 followers sharing their support.

Why is Rose Ayling-Ellis leaving EastEnders?

Rose shared a statement on her exit from EastEnders, admitting that she is now looking forward to taking on new challenges in her career.

She said: “It’s been incredibly special to be EastEnders’ first regular deaf actor.

“I have loved my time on the show and Frankie has been such an awesome character to play, however now feels like the right time for me to move on and I am excited and ready for new challenges.”

Rose hasn’t confirmed what her next project will be and her IMDb profile currently has no other shows scheduled down the road.

The actress continued: "I will always treasure my time on the show and all the incredible people I have worked with, who have supported my growth as an actor these last two years and given me so many amazing memories.

“I am excited for viewers to see Frankie’s exit storyline; I think it’s a really important one that will hit home for lots of people.”

When will Rose Ayling-Ellis leave EastEnders?

It isn’t known when Rose’s character Frankie will leave the show, though there is speculation already that it could tie in with Danny Dyer’s Mick Carter who is also confirmed to be exiting the programme.

He will be leaving as part of a Christmas storyline set to air later this year, so there is a chance Rose could go around the same time.

Nothing is confirmed at this stage though, with the BBC not providing any dates regarding the star’s exit.

Regarding Rose leaving the soap, executive producer Chris Clenshaw, said: "I have only had the pleasure to work with Rose for a short time but she has always been an incredible asset to EastEnders; not just as a phenomenal actor, but as an amazing company member too.

"As part of the Carter family, Rose has shone in important narratives such as discovering she’s Mick Carter’s daughter as a result of child abuse; and she will soon tackle the important issue highlighting women’s safety on the streets.

“We at EastEnders are incredibly proud of everything Rose has achieved – she’s a real trailblazer, and we wish her every success.”