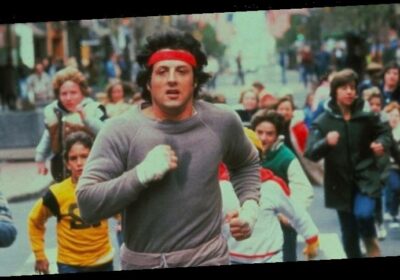 Sylvester Stallone has a hard time letting go of his iconic characters. Just when you think we’ve seen the last of Rocky or Rambo, Stallone finds an excuse to bring them back (I’m surprised he hasn’t made a Cobra sequel yet, honestly). And while you might think the Rocky series has run its course, especially with Rocky’s character finding some closure at the end of Creed II, you’re wrong, at least according to Stallone. The actor-writer-director has revealed he’s thinking of making a Rocky prequel series that will “transport us back to the origins of Rocky.” But here’s the thing – we already know the origins of Rocky. We saw them in Rocky.

Will Rocky step back into the ring? Sylvester Stallone sure hopes so. Michael B. Jordan is set to direct Creed III, and so far, none of the news about that upcoming film has mentioned Stallone or Rocky, which suggests the actor and character might not be coming back. That makes sense – it feels as if Rocky has nothing more to teach Adonis Creed. And Creed II concluded with Rocky reuniting with his estranged son – a moment that felt like closure for Rocky as a character. If Stallone were wise about this he’d let that be the end of the Italian Stallion. But as I said above, Stallone has a hard time letting go. And he really wants to bring Rocky back.

The actor recently took to Instagram and revealed that he’s working on a Rocky prequel series, ideally for a streaming service. “I started out this morning by writing a treatment for a Rocky prequel for streaming,” Stallone wrote. He added that the show would “ideally” be 10 episodes and “a few seasons” to get to the “heart of the characters” in their younger years. He continued: “Imagine a time machine that will simply transport us back to the origins of Rocky…a cinematic world brimming with characters that have been beloved by people around the world for nearly five decades!”

Look, I like the Rocky movies, and I like Stallone. But we do not need something devoted to the “origins of Rocky” because we already have that in the form of the first Rocky movie. That film showed Rocky at the very beginning of his career, and how he went from a local boxer and loan shark bruiser to a major contender. What would a prequel to that even be about? And who would play Rocky? Stallone clearly can’t play the character if it’s a prequel – unless he wants to go an Irishman route and digitally de-age himself.

It’s worth noting that Stallone has been talking about potential new Rocky material for a while. In 2019, Stallone first brought up this potential prequel idea, and also threw in a potential sequel for good measure. The sequel idea had Rocky meeting “a young, angry person who got stuck in this country when he comes to see his sister. He takes him into his life, and unbelievable adventures begin, and they wind up south of the border.”

None of this sounds ideal to me, but I’m sure there are hardcore Rocky fans out there who are more than ready for all of this. Whether or not any of it actually happens remains to be seen.