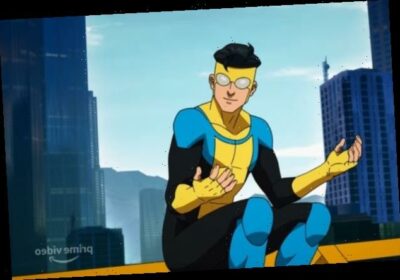 The hour-long animated series will debut on Friday, March 26 with its first three episodes. The remaining episodes will roll out weekly, with the season finale set for April 30.

Kirkman announced the news at a Q&A for the show on Friday, also debuting a new clip from the series starring “The Walking Dead” alum Steven Yeun and J.K. Simmons. Watch the clip above and check out the previously released teaser trailer here.

Yeun stars in the series, based on Kirkman’s long-running comic, as 17-year-old Mark Grayson, who’s just like every other guy his age — except that his father is the most powerful superhero on the planet, Omni-Man (Simmons). But as Mark develops powers of his own, he discovers that his father’s legacy may not be as heroic as it seems.