'Riverdale' Season 5: 2 Theories About Who Has Polly 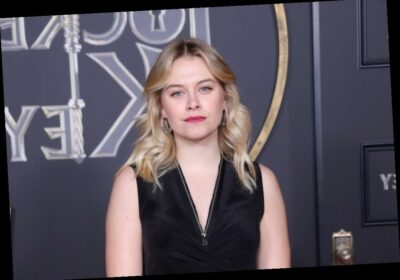 Riverdale took viewers on quite the ride in the March 17 episode. The highly teased and anticipated “Lock and Key” made things interesting for Ronnie, Betty, Archie, Kevin, and Toni, but a few characters had bigger issues than a key game.

Betty’s missing sister Polly is one of the ongoing mysteries in season 5, and there are several ideas about her whereabouts following episode 8.

Given Riverdale’s history with killers and otherworldly occurrences, not everything is too farfetched, but there are two wildly plausible theories about what’s going on with Polly Cooper and her possible fate. This is Riverdale after all.

Polly Cooper was abducted by the Trash Bag Killer

Introduced early in season 5, the Trash Bag Killer is one of the villains lurking in the background on Riverdale. All fans know so far is that Betty fumbled her investigation and was taken captive by the killer, and he or she is still on the loose.

But Betty made it out of that situation alive. And Riverdale is a town that’s alluring to serial killers. Could the TBK be on the prowl, snatching up victims like Polly? Maybe the killer is taunting Betty.

It’s certainly possible. Right now, it seems like there’s some shady business going on with truckers and the Lonely Highway, but that doesn’t mean the TBK isn’t behind the murders or doesn’t have a partner in crime.

Polly grabbed by the Mothman or aliens

Riverdale fans know the writers aren’t afraid to shake the story up with supernatural elements or red herrings. There very well could be extra-terrestrial activity in town, but that doesn’t explain the erratic truck chases or bloodied phone booth.

However, the Mothman idea could be some weird urban legend kept alive by a murderer. Or there may be some hint of truth to it. Never forget that Edgar Evernever had people levitating babies over fires. When Polly called the second time, it sounded like she said, “They’re coming.”

While Jughead and viewers are being led to think there’s a possibility he’s just imagining things, that would not explain the creature he and Tabitha unearthed. The Mothman/alien idea may hold weight.

There has to be more to the alien story, even if it connects to a place where paranormal activity is the norm — like Greendale. Don’t count out that Sabrina crossover just yet. Maybe Polly really was kidnapped by some creature.

A farfetched guess about Polly’s fate

Betty’s made plenty of enemies over the years due to her sleuthing, including Farmies, Sugarman, Chic, Evelyn Evernever, and Hiram Lodge. With that in mind, the Lonely Highway villain could simply be one of Betty’s old foes like Evelyn.

While Hiram is a valid guess, someone who’s broken out of prison is likelier. Seven years have passed since Betty left Riverdale, leaving time for a parole or prison break. Perhaps Evelyn is trying to get her murderous, organ-stealing cult back together again.

No matter the Polly plotline outcome, expect Bughead to activate once more in the interest of investigating what’s happening to Jughead and the women along the Lonely Highway. Tune in each Wednesday at 8 p.m. for more Riverdale.