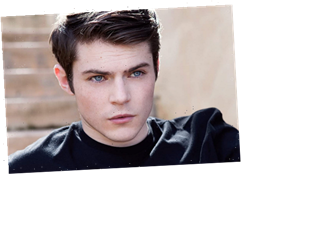 “Varchie” fans aren’t going to like this news one bit: Riverdale has cast British actor Chris Mason (Broadchurch) to play Veronica’s husband in the upcoming Season 5, according to our sister site Deadline.

Mason will play Chad Gekko, a Wall Street banker who is married to Veronica; the CW drama is set to do a time jump of seven years this season. A controlling and jealous alpha male, “Chad is threatened by Veronica’s life in Riverdale, especially her friendship with Archie,” per the official description. Mason will recur starting with Season 5’s fourth episode.

This means, obviously, that Archie and Veronica aren’t still together when the gang reunites after the seven-year time jump. Season 5 — premiering Wednesday, Jan. 20 at 8/7c — picks up with the teens still at Riverdale High, going through rites of passage like prom and graduation, but then will jump forward to them as adults, post-college. Things will be different elsewhere, too: Vanessa Morgan, who plays Toni, says her real-life pregnancy will be written into Season 5 as well.

Mason co-starred with David Tennant and Olivia Colman in the third and final season of the UK crime drama Broadchurch, playing fishing supply salesman (and suspect) Leo Humphries. He also played Nolan Hotchkiss on the Freeform spinoff Pretty Little Liars: The Perfectionists and a young Christian Slater on Season 2 of the true-crime anthology Dirty John.