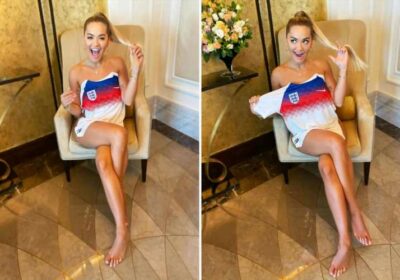 RITA Ora has stripped totally naked to show her support for England as tension builds for tonight's historic final at Wembley.

The Let You Love Me singer cheekily posed in a suede armchair in a hotel room as she covered her assets with an England shirt. 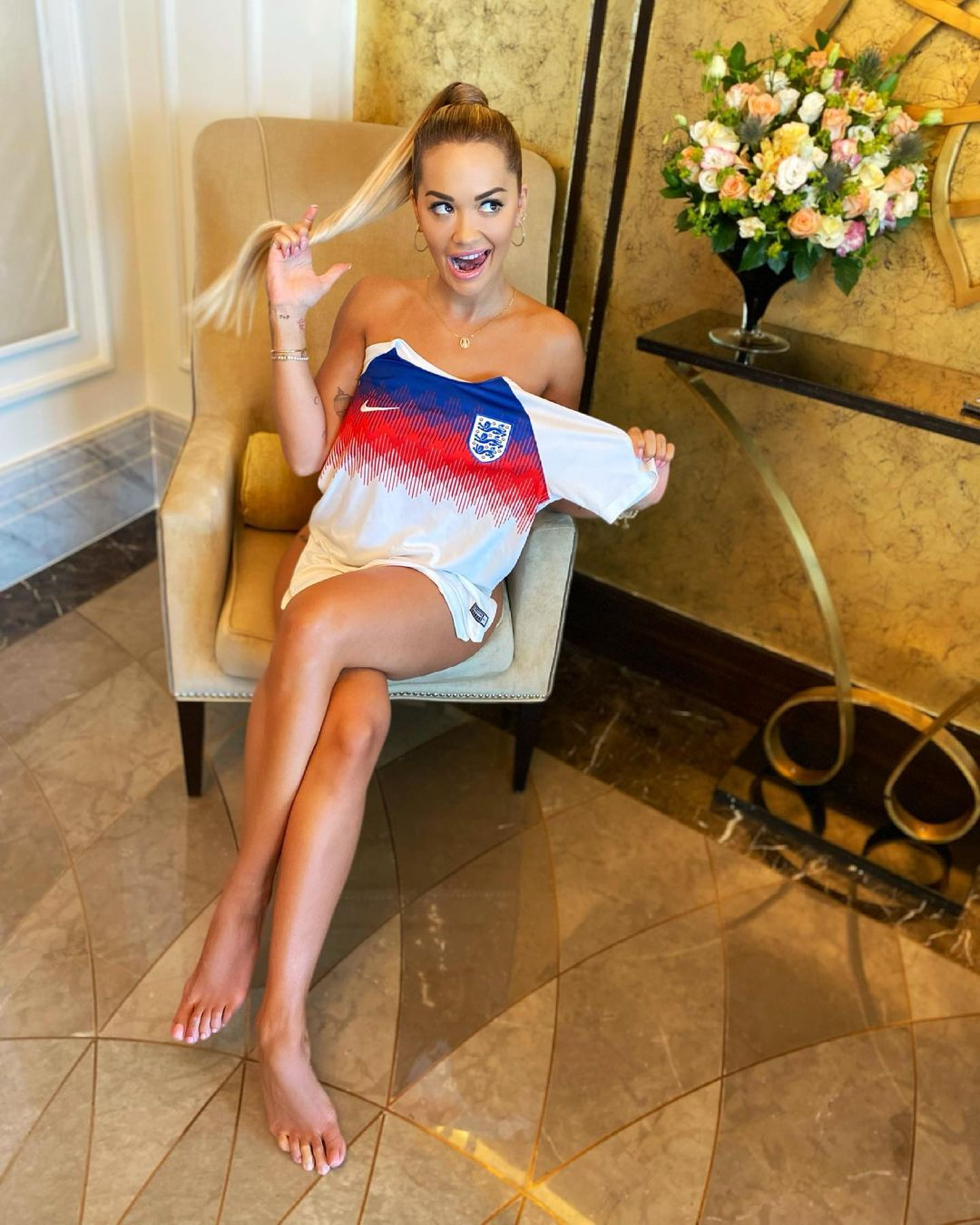 Rita, 30, looked stunning in the sexy snaps, pulling faces towards the camera as she twiddled her long blonde ponytail in her hands.

Apart from a full face of make-up and gold hoop earrings, the singer had stripped down totally naked to show her support for the Three Lions.

She held her England shirt, which had carefully been placed over her bust and trailed down her belly and thighs, with one hand.

Rita appeared to be screaming in delight as she got excited for England to face Italy at London's iconic Wembley stadium at 8pm tonight. 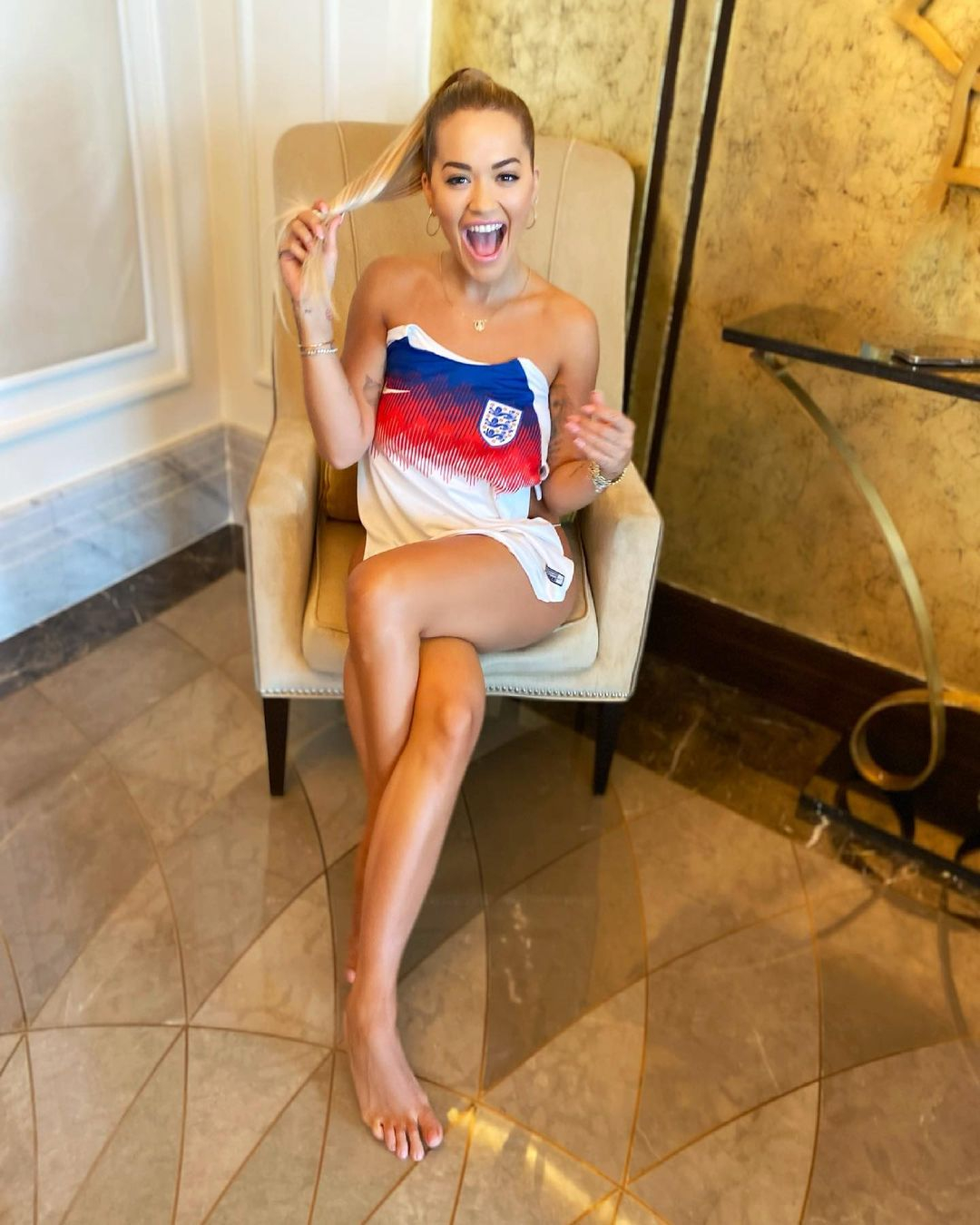 She's not the only celeb showing their support for the Three Lions today – as dozens flocked to social media to wish them luck.

Anthony Joshua, Simon Cowell, Amanda Holden and Katie Price were among the masses taking to Instagram in their England shirts.

It comes just days after it was revealed how Rita is sitting on a huge £17.7m fortune after landing roles on Masked Singer and The Voice.

The successful star has cemented herself as a household name over the past few years thanks to judging roles and lucrative advertising deals with big brands. 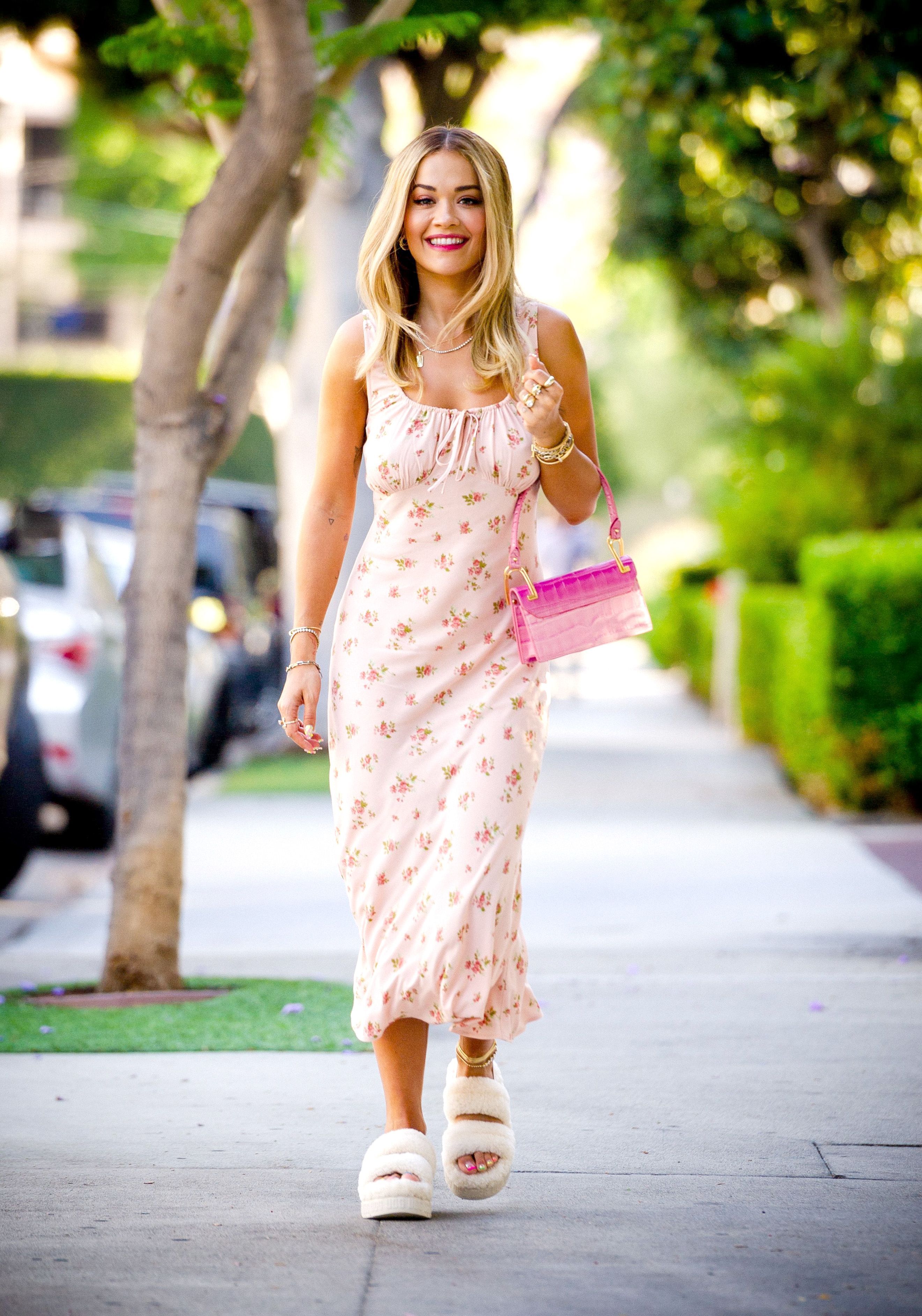 Rita came from humble beginnings, as her family fled war torn Yugoslavia for a cramped council flat in West London when she was a baby.

But the Hot Right Now singer has been bringing home the bacon in droves since the launch of her pop singing career in 2012, amassing an impressive fortune.

She impressively banked £6.6m in music profits and £11.1m in property after a series of clever property investments – including a new home this year.

Rita, who last week released her new song, You For Me, also broke the bank with her judging appearance on The Masked Singer this year. 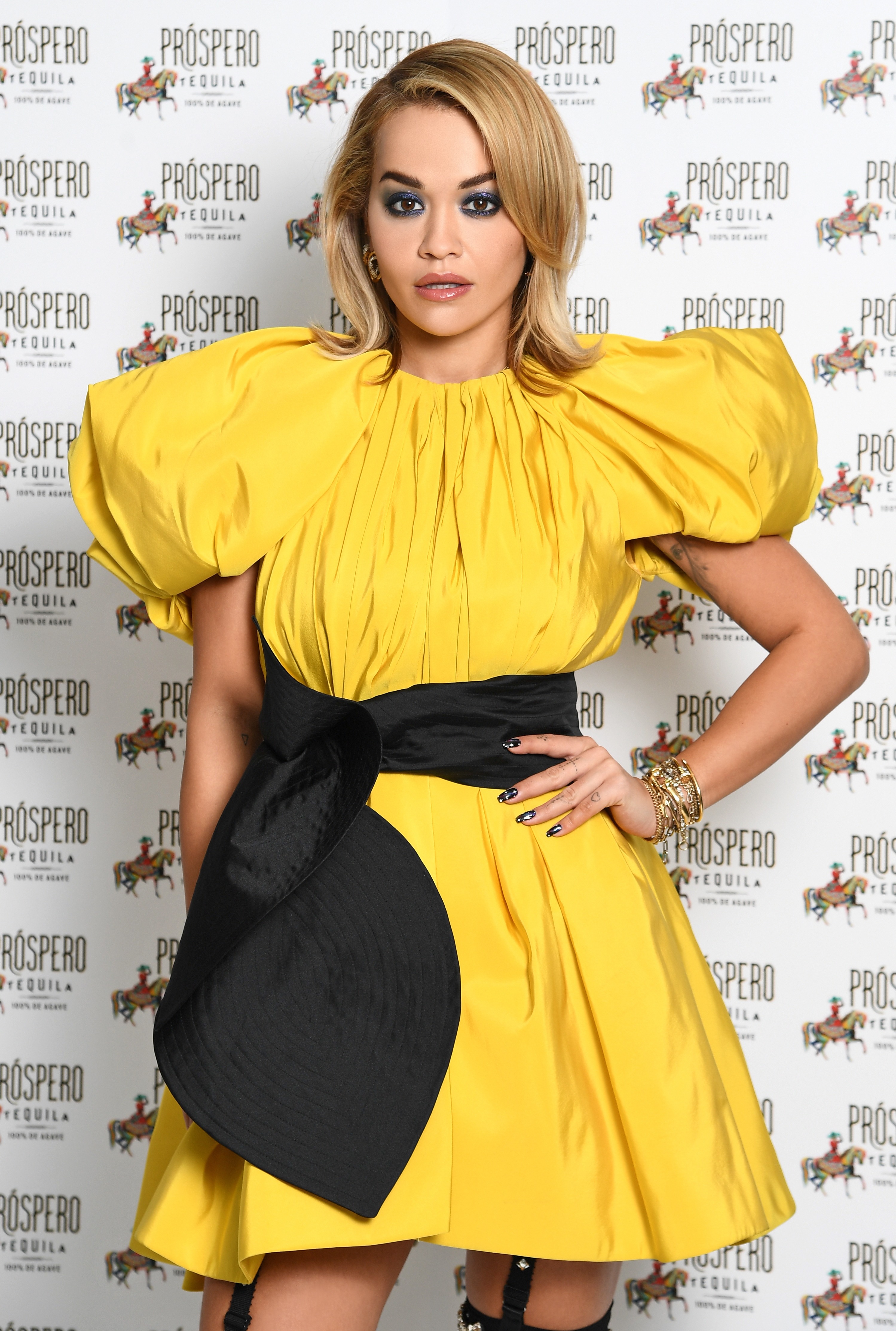 Earlier this year, the star splashed out on a haunted house for £7.5million.

Rita bought the six-bedroom pad in February — before she attracted lockdown criticism by jetting to Australia to film for The Voice.

The property is in a very exclusive area in the UK where neighbours include fellow celebs like Kate Moss and Jude Law.

Her current home, a £3million penthouse in London, is on the market and she is set to make a £500,000 profit on the apartment.