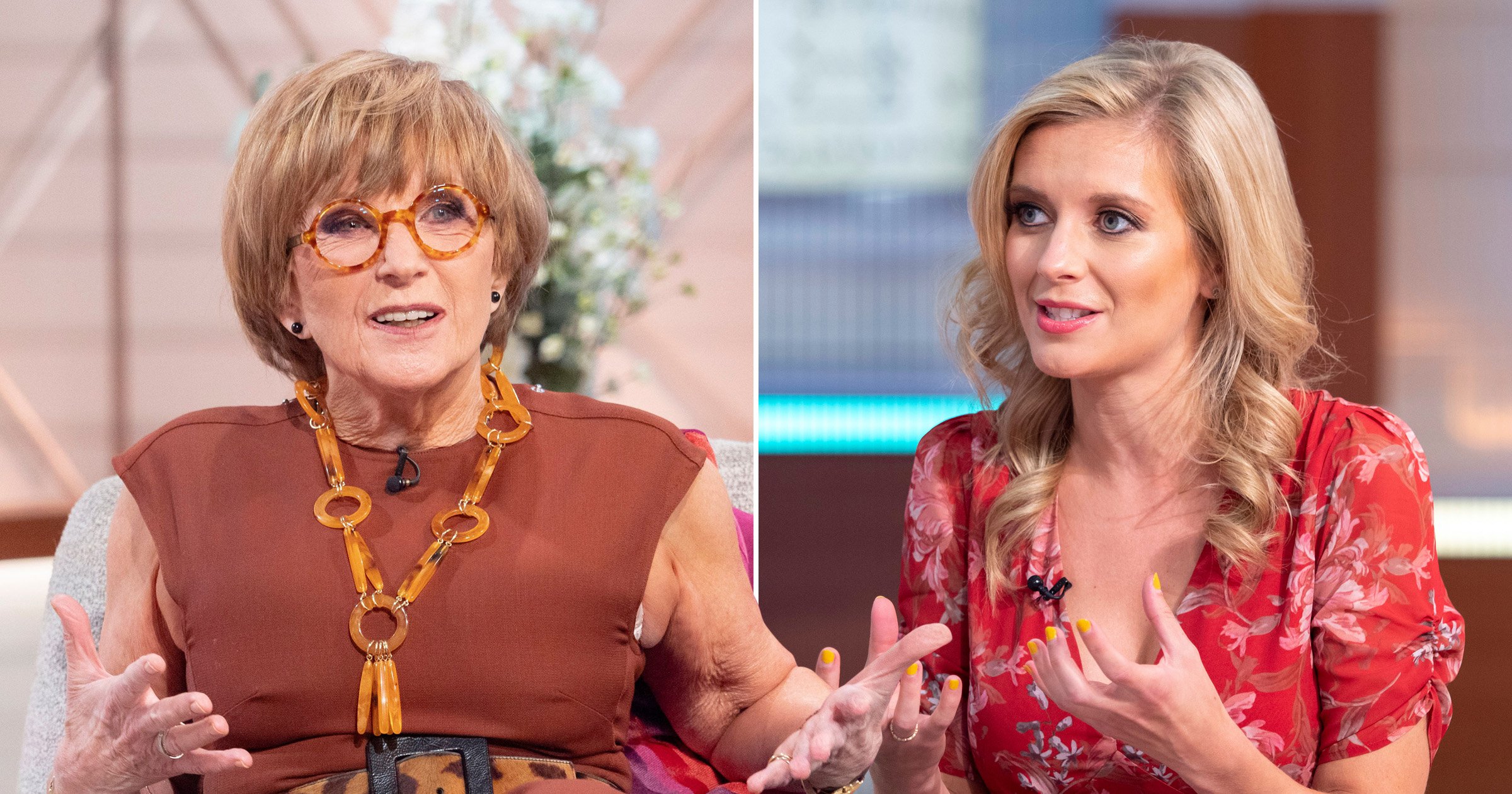 Rachel Riley has finally given her verdict on Countdown host Anne Robinson, after announcing the birth of her second daughter this week.

Rumours there is drama between Anne, 77 and maths whizz Rachel, 35 behind-the-scenes of the Channel 4 show are continuing to swirl.

Last week, it was claimed Rachel was even considering ‘walking away’ from her spot on the long-running quiz show as tensions reportedly continued to grow.

In a recent interview, Rachel explained what she thought of Anne and how they’ve been working together since the latter began earlier this year.

Rachel told OK! Online: ‘She found her feet very quickly and soon made the show her own, she’s comfortable bantering with the contestants. She asks them a lot of questions and we get to hear from them a lot more.’

When asked by the publication if she’s ‘more cuddly’ off-set, Rachel added: ‘I don’t think anyone would describe Anne as cuddly. She’s very matter of fact.

‘To be honest though, due to the pandemic we haven’t been able to socialise like we normally would.’

Anne was appointed as a replacement for Nick Hewer earlier this year, after much speculation over who would take his place after a decade in charge.

It’s already emerged the transition has supposedly been far from seamless as it was previously claimed Anne – who joined the show in June – had Rachel’s microphone turned off after she reportedly found her chatting to contestants ‘hugely distracting’.

The Sun recently reportedly how tensions had heightened, with a source quoted as saying: ‘Rachel and Anne had clashed for some time and for Rachel, enough is enough.

‘She has moaned about Anne a number of times and even said she would consider walking away from Countdown if the issues weren’t sorted.

‘Rachel went on maternity leave last month and the break from the set couldn’t have come at a better time.

‘She has really struggled with Anne and been backed by Susie, who has seen it all first-hand and has similar gripes.’

According to same publication, a Channel 4 insider explained to the publication how they don’t want either of the women to leave, labelling their chemistry as ‘dynamite.’

The insider added: ‘Anne brings something to the show that no other female presenter can.’

This week, Rachel announced she had given birth to daughter Noa, who is her second with husband Pasha Kovalev.

They welcomed the baby 15 days after Rachel’s original due date and told fans on Instagram she was born: ‘Late on Friday (November 5) night to the sound of fireworks!’

Metro.co.uk has contacted reps for Rachel and Anne.