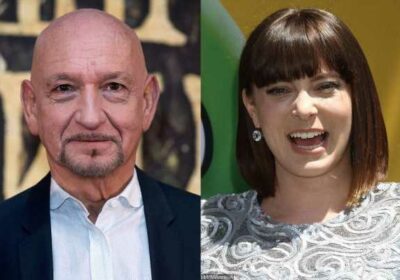 New cast members have been officially announced to join the star-studded ensemble of the upcoming feature film adaptation of Soman Chainani’s best-selling novel.

AceShowbiz –Rachel Bloom and Ben Kingsley have joined the star-studded cast of “The School for Good and Evil“.

The Netflix movie – which is based on a 2013 young adult novel, the first in a six-part series written by Soman Chainani – has announced a string of new names who have joined the cast of the Paul Feig-directed project, including Rob Delaney and Mark Heap.

The movie is set at a school for the training of heroes and villains and focuses on two best friends – Sophie, played by Sophia Anne Caruso, and Agatha, played by Sofia Wylie – and the decisions that will define their paths.

The project is currently filming in Northern Ireland and is set to debut on Netflix next year (22).

“The School for Good and Evil” includes a production team consisting of Joe Roth, Jeffrey Kirschenbaum – who helped create “Alice in Wonderland“, “Snow White and the Huntsman“, and “Maleficent” – along with Jane Startz and Laura Fisher. Director Paul will also produce.

The last publication in the series – which has sold over 2.5 million copies – was released in June 2020 by Harper Collins.