Home » TV & Movies » Queer Eye Season 6 release date and cast latest: When is it coming out on Netflix?

Queer Eye Season 6 release date and cast latest: When is it coming out on Netflix? 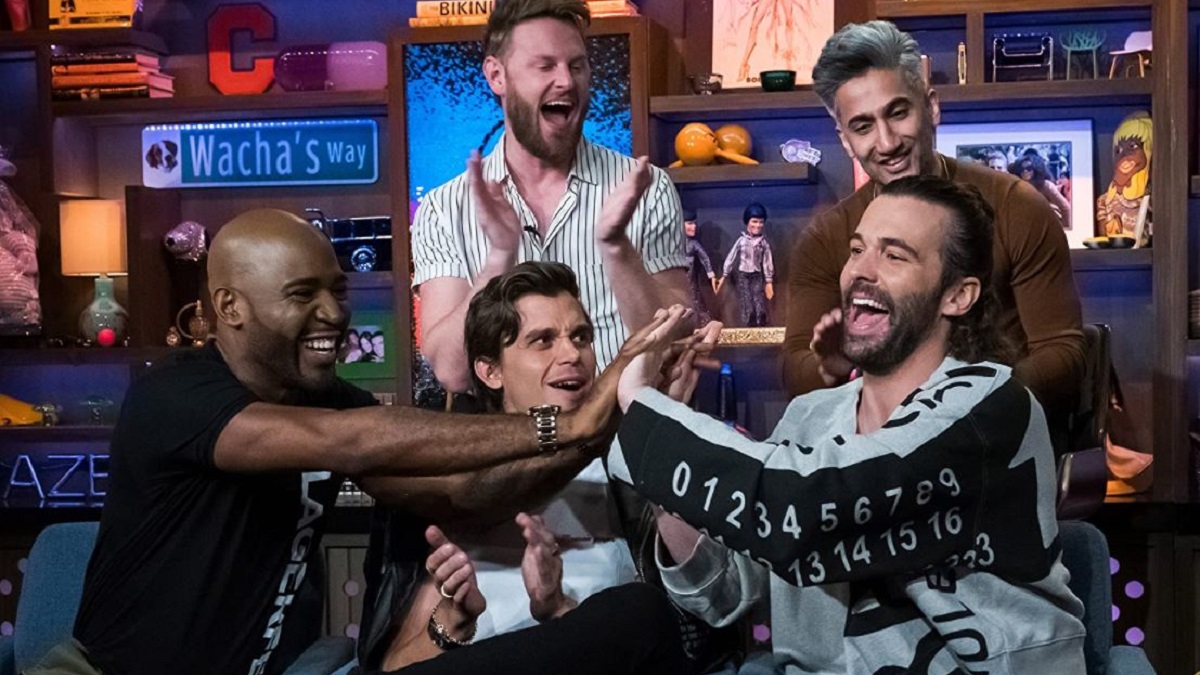 Fans are already inquiring about Queer Eye Season 6 after Season 5 dropped on Netflix in June.

Queer Eye first came to Netflix in February 2018 as a rebooted version of Bravo’s original reality series of the same name that premiered in July 2003.

And since the Emmy-winning show premiered on Netflix, it has received positive reviews and consistently high audience approval ratings. The reality series has also amassed a dedicated audience.

The Bravo version, originally titled Queer Eye for the Straight Guy, featured a team of gay professionals known collectively as the Fab Five.

Each member of the Fab Five is an expert in a particular field: Porowski, food and wine; France, fashion; Karamo Brown, culture and lifestyle; Bobby Berk, design, and Van Nees, grooming.

If you’ve watched all ten episodes of Queer Eye Season 5 that landed on Netflix on June 5 and are already looking for updates on the upcoming season, then you’ve come to the right place.

This article provides everything that is known about Queer Eye Season 6 and all related news. As such, this article will be updated over time with news, rumors, and analysis. Meanwhile, let’s dig down into what is known so far.

Is there going to be a Season 6 of Queer Eye?

Yes, Queer Eyes is returning to Netflix for Season 6.

The streaming giant announced the return of the reality series for another season on March 11, 2020. The renewal announcement came ahead of the premiere of Season 5 on June 5.

Release date latest: When is Queer Eyes Season 6 likely to come out?

Netflix has not yet announced a premiere date for the upcoming season.

The premiere dates for previous seasons haven’t followed a consistent pattern, so it is difficult to predict the date when Season 6 will likely premiere on Netflix.

For instance, Season 1 dropped on Netflix in February 2018, while Season 2 dropped four months later in June. Season 2 was followed, about a week later, by a special edition.

Season 3 arrived in March 2019, nine months after Season 2, while Season 4 dropped on the platform only four months later in July 2019.

The team traveled to Japan for a special edition of the series in November 2019, before Season 5 premiered in June 2020, nearly a year after Season 4.

But because there have been two seasons of the reality series and a special every year since 2018, fans expected Queer Eye Season 6 would premiere later in the fall of 2020.

However, due to the ongoing coronavirus pandemic, the producers were forced to pause filming of the first episode of Season 6.

Filming of the first episode was ongoing in Austin earlier in the year. Fab Five member Bobby Berk told Oprah Magazine back in April that they were about to film the last scene of the episode when production shut down to observe social distancing rules.

“We were here [in Austin] filming season 6 and about five days into that, production got shut down because of COVID-19. We didn’t even get the first episode finished.”

It remains uncertain when production on Queer Eye Season 6 will resume, so it is difficult to predict when the upcoming season will premiere.

However, fans can hope for a 2021 premiere date.

We will keep you updated on the latest Queer Eye Season 6 release date news, so stay tuned.

What is Queer Eye about?

Many of the heroes are straight, but some have also been LGBTQ+.

What to expect of Queer Eye Season 6

Seasons 1 and 2 saw the team in Atlanta, Georgia, and Seasons 3 and 4 in Kansas City, Missouri.

Netflix confirmed that after Season 5 took the Fab Five to Philadelphia, Pennsylvania, they will “return to their southern roots” in Season 6.

Queer Eye Season 6 takes place in Austin, Texas, where the Fab Five meet a new set of heroes in need of makeovers. 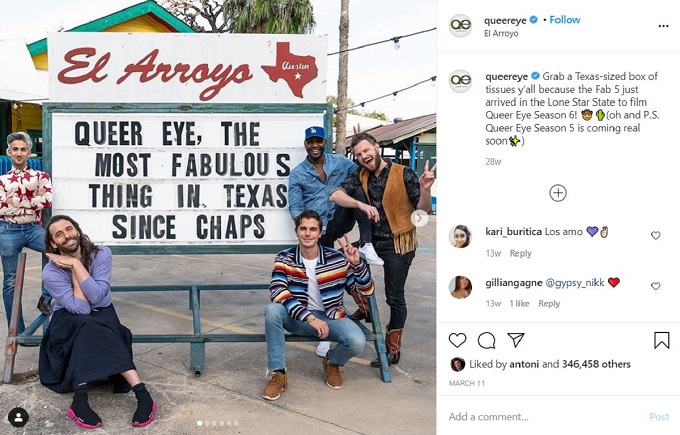 According to a Netflix synopsis, the five will “scour the prairie in a search for a whole new roster of heroes in need of a little TLC.”

Berk also told The Oprah Magazine that social distancing rules would affect how they film the upcoming season.

“I do think for a while this will affect the way we interact with heroes. Once we come back there’s still gonna need to be some social distancing, so it’s gonna be hard because all five of us are very much huggers. The very first thing we do is we go and hug.”