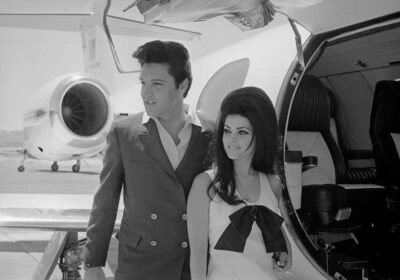 In her book Elvis and Me, Priscilla Presley revealed many things about Elvis Presley, from the bizarre to the mundane. For example, she told fans which classic TV shows the King of Rock ‘n’ Roll liked. In addition, someone else who was close to Elvis discussed in an interview which shows he enjoyed. Here’s a look at what the singer liked to watch.

In Elvis and Me, Priscilla discussed how magical the times were that she spent alone with Elvis. “Only in the privacy of our own quarters did Elvis show me a side of himself which had rarely, if ever, been seen by others,” she revealed. “With no Colonel, no scripts, no films or music, nor any other people’s problems, Elvis could become a little boy again, escaping from the responsibilities of family, friends, fans, the press, and the world. Here with me, he could be vulnerable and childlike, a playful boy who stayed in his pajamas for days at a time.”

Priscilla gave a glimpse into what the power dynamic between the two of them was like during this time. “One day he was the dominant one and would treat me like a child, often scolding me for an incidental action,” she said. “On other days I was the stronger one, looking after him like a doting mother, making sure that he ate everything on his plate, took all of his vitamins, and didn’t miss any of this favorite TV shows like Laugh-In, The Untouchables, The Wild, Wild West, The Tonight Show, and Road Runner.”

Priscilla wasn’t the only one to discuss what shows the King of Rock ‘n’ Roll liked. Elvis’ cousin, Billy Smith said the “Can’t Help Falling in Love” singer was a fan of The Twilight Zone. Smith was certainly discussing the first version of the show that originally aired in the 1950s and 1960s, as that was the only version of The Twilight Zone to air in the singer’s lifetime.

In addition, Smith revealed the singer liked The Tonight Show Starring Johnny Carson. This provides valuable context to Priscilla’s comment. Carson hosted The Tonight Show for the last 15 years of Elvis’ life — and long afterward. The “Heartbreak Hotel” singer was one of the biggest celebrities of the 20th century, yet he still enjoyed watching television, just like many other people.