The Crown season four casts an unfavourable light on Prince Charles, who is played by Josh O’Connor in the series, as he is shown as jealous and uncaring towards wife Princess Diana, played by Emma Corrin. The breakdown of their marriage took centre-stage in the latest series and is said to have angered the royal family. Reflecting on demands the Netflix series should air a warning to viewers, informing them it is fictional, Matthew Wright said the show has put Prince Harry in an “extremely uncomfortable” position.

On Monday’s This Morning, Holly Willoughby and Phillip Schofield discussed demands from Secretary of State for Culture, Media and Sport, Oliver Dowden, to make it clear The Crown is “fiction”.

Matthew scoffed at the idea claiming everyone watching The Crown knew it wasn’t completely accurate.

However, talk turned to how it will effect Prince Harry and Meghan Markle’s deal with Netflix.

Holly remarked: “What we do know if Prince Harry and Meghan have signed a deal with Netflix. 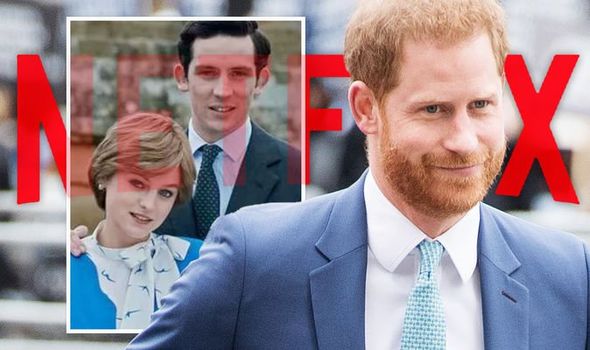 “Does this put them in a difficult position do you think?”

“I think it is extremely uncomfortable because Harry’s made no secret that he, like William, like Hugo, and the inner circle of the royals, are very unhappy,” Matthew replied.

“To take tens of millions, possibly hundreds of millions from them does whiff of hypocrisy I’m afraid.