Poundbury: the experimental village built by a King 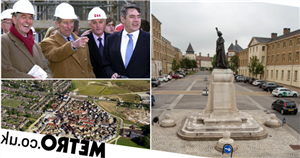 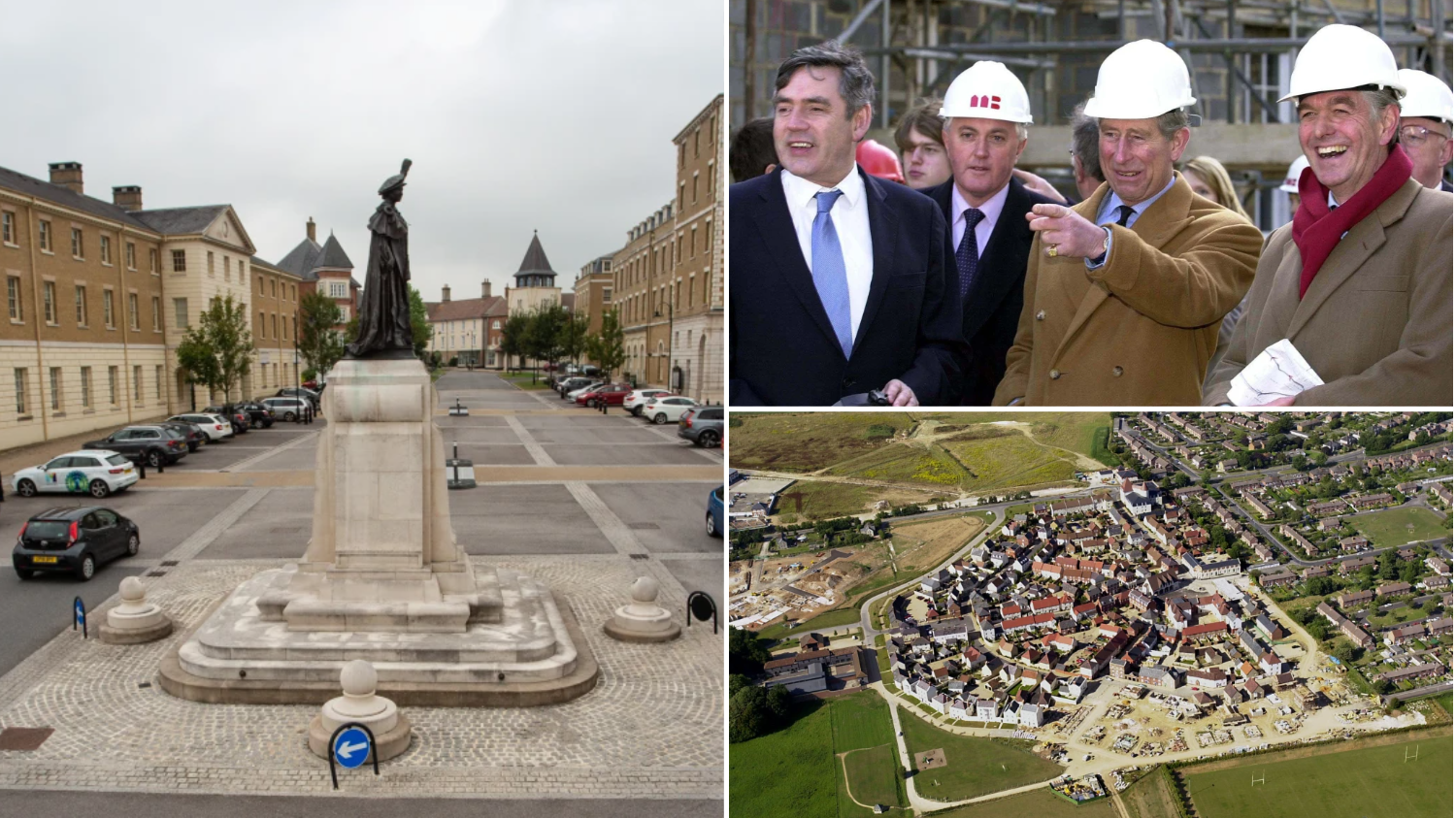 Just past a roundabout where the A37 meets the A35, is a small community where you’ll be hard pressed to find even a smidge of graffiti on a wall, or a drop of litter in the parks.

Called Poundbury, this little oasis of calm is an ‘urban extension’ adjoining the Dorset town of Dorchester, where the average property price ranges from £291,004 for a flat to around £687k for a detached house.

While some of the streets are named after notable women from the area, others give a nod to Thomas Hardy novels, in tribute to the area being the author’s much-loved home.

Then there are the roads, such as Inch Arran and Royal Pavillion, named after horses once owned by the Queen Mother, which – along with a three metre high bronze statue of our late monarch’s mother – are key clues to the brains behind this new nineties village.

Back then, Charles was a prince rather than a king, who had been causing ruffles in architectural circles for decades – once even calling out a proposed extension to the National Gallery a ’monstrous carbuncle’.

So invested in the subject, he went so far as to write his own book: ‘A Vision of Britain: A Personal View of Architecture’, which set out his thoughts on how the UK needs to preserve the unique character of villages and towns.

Outlining his principles on what an effective new village could and should look like, he then appointed the well-known urban planner Leon Krier in 1988 to set about work on 400 acres of Duchy land, in the hope of bringing his vision to life.

Charles wanted the Poundbury to be a place of beauty, reflecting local character, and to contain private and social housing that were indistinguishable from each other. He also aimed to create a ‘walkable community’ where residents could travel by foot between any two points in 10 minutes.

Five years later, construction began to create present-day Poundbury, and although the village now has a population of 4,600, the project is still only 80% complete and isn’t expected to be finished until 2026.

Although some critics have called the area ‘fake, heartless, authoritarian and grimly cute’, while locals were initially confused as to whether the Queen Mother statue was also a roundabout or not, a statement from the King on the community’s website reads: ‘When I set out on this venture, I was determined that Poundbury would break the mould of conventional housing development in this country, and create an attractive place for people to live, work and play. Many people said that it could never succeed but I am happy to say that the sceptics were wrong and it is now a thriving urban settlement alongside Dorchester.’

Head to Metro.co.uk’s Queen Elizabeth II tag page for the latest updates, and sign Metro.co.uk’s book of condolence to Her Majesty here.

However, for some who have grown up in the village, the allure of quiet serenity and close community has somewhat worn off.

‘I always say to people it reminds me of a film set,’ says longtime resident Rachel Oram, 23.

And there’s some truth to that – the buildings come across as a little artificial and reminiscent of Sandford, the setting for 2007 comedy Hot Fuzz, where life always felt a little too perfect.

Fellow local Emma Teasdale, however, can see past the hype and shares some of the King’s vision.

‘The media often use the term model village, but it’s not a model village. It’s an idea of what housing development can be and I think what King Charles has shown is this kind of concept can be successful,’ says the café owner.

‘I think you have to experience it and try and view it as a housing development because that’s really all it is. It’s just a particularly nice one.’

However, the lack of opportunity for younger people in Poundbury is a concern. ‘When you get older, there’s not much around here to do, so that’s why I went to Winchester for university,’ adds Rachel. ‘Since then, I’ve seen all the things that I can do.’

And it seems businesses are not necessarily charmed here either. One shop owner – who wished to remain anonymous –  says: ‘When you’ve got a retail shop, there’s no footfall, so the retail side really struggles.

‘Some people do come and try and start a business here and they don’t last. When you’re a service, it’s different.

‘It’s slower than London where I lived before,’ she adds, ‘but the lifestyle is better.’

Dorchester resident Sean is all in favour of the village’s look and feel.  ‘I actually really like Poundbury. If you’ve got to have homes, you’re just as well to have them like this,’ he says.

‘There’s a lot of service businesses here because we only need a phone and emails and we’ll get repeat business.

‘It’s comparable to other villages in Dorset, but they don’t have the same level of mix for housing and social housing as Poundbury.’

And Sean was clear on what he thought the King’s future vision might be for the community he helped build. ‘As far as we’re aware, he wants Poundbury to succeed,’ he says.

‘He always asks questions about things that are happening and new developments.’

Right now, thoughts are with the King and his family, following the death of Her Majesty Queen Elizabeth II earlier this month. In Queen Mother Square at the heart of the village, piles of flowers and tributes were laid at the base of the statue in memory of the country’s longest-serving monarch.

And it is in Poundbury’s connection to the Royal Family which has united its tight-knight community in recent days.

‘I’ve catered for one of his visits in the past,’ says Emma who has owned the local Bonjour Café for six and half years.

‘My mum served him a cup of tea and she was absolutely delighted. My personal experience is he’s incredibly delightful and friendly and open.’

Being part of the community for over half a decade, Emma has seen some changes over the years.

‘There are more families,’ she says. ‘One of the local primary schools moved from Dorchester to Poundbury and I think that’s made quite a difference in getting young families.

‘It’s a place a lot of people want to live. It’s beautiful and Dorchester is a great town.’

Having moved here from Bristol after struggling to balance her personal and social life, Emma moved to Poundbury in search of a community.

‘I didn’t know my neighbours at all in Bristol, I lived on a very busy road,’ she remembers. ‘Here, people really do want to get to know you.’

Despite Poundbury’s lack of authenticity, the people who live here are genuine, and if one of the King’s goals was to create a close, friendly community, then he’s certainly done it.