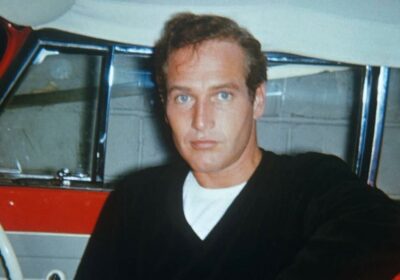 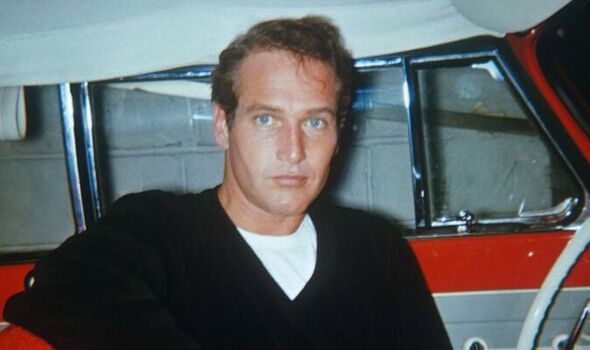 Yet Paul Newman was an alcoholic, tormented by self-doubt and haunted by insecurities, who questioned his acting ability, hated the fame that manacled him like golden handcuffs to an adoring but intrusive public, and blamed himself for his son Scott’s drug and booze overdose death.

In a shockingly honest and self-deprecating new memoir, compiled from hundreds of hours of long-lost tape recordings Newman made in preparation for writing his own biography, he opens up like few other stars have dared.

“I am faced with the appalling fact that I don’t know anything,” the actor confesses in The Extraordinary Life Of An Ordinary Man, published today. “I have great doubts about things… And there are a lot of things I don’t get about myself, either.”

Celebrity memoirs are often self-congratulatory ego-stroking, a catalogue of successes despite self-destructive urges, or a kiss-and-tell litany of bedroom conquests. By contrast, Newman approached his self-effacing memoir as a combined confessional, lacerating scourge and therapist’s couch.

“Here was someone who suspected himself an imposter,” says his daughter Melissa Newman, aged 61, “an ordinary man with an extraordinary face and luck on his side”.Newman, who died of lung cancer in 2008, aged 83, felt personally responsible for son Scott’s tragic demise.

“There was a time, long before he died, that I thought the only way I could free Scott to go his own way would be to shoot myself,” said Newman.

Revealing that his own father was an alcoholic, Newman admitted enabling his son’s vices: “If my son, Scott, smoked pot, I’d smoke with him, too. I’ve wondered in recent years whether the serious problems I eventually had with booze, that Scott suffered so terribly with addiction, might have somehow been partly inherited – bad blood with the Newman men.”

Newman hated the relentless attention his fame brought – but his children loathed it even more. When he took his six children – three by first wife Jackie Witte; three more by Oscar-winning actress Joanne Woodward, his wife of 50 years – to Disneyland they had to leave by a rear exit.

Their Beverly Hills home attracted so many tourists that his children erected a sign: “They have moved!” Joanne recalled: “When the kids go anywhere with him, they can be pushed aside, as if they don’t count”.

When working on a script, Newman isolated himself from his family at home, and often travelled to research film roles. Returning home, he could be domineering.

“I didn’t have any talent to be a father,” he confessed.

The children of his first marriage – Scott, Susan and Stephanie – were particularly wounded, suffering through their parents’ divorce and shuttling between two homes.

“Being a star throws everything out of whack for your kids,” admitted Newman. “I would not want to have been one of my children.”

Said Joanne: “Think how disturbing it must be for the girls that their friends are madly in love with their father!”

Scott, seeking solace in booze and drugs, flailed through a series of schools, worked on building sites and risked his life as a motorcycle stuntman, refusing to ask his father for money.

When Scott was arrested for fighting with police after one drunken night, his father’s reaction was to down a couple of beers.

After a motorbike crash in 1978, 28-year-old Scott took eight Valium, painkillers, two sedatives topped with rum and a cocaine chaser, and went to bed. He never
woke up.

“Many are the times I have gotten down on my knees and asked for Scott’s forgiveness,” said Newman. “I ask for forgiveness for that part of me which provided the impetus for his own destruction.

“What would it have taken to avert that? I’m not certain, but I don’t think I could have gone into films and been a movie star.

Newman blamed his own alcoholism on his frustrations with acting. “I never enjoyed acting, never enjoyed going out there and doing it,” he confessed.

“It’s probably a reason I drank as much as I did.

“The exuberance, the danger, the exultation of performing was multiplied by a factor of 80. If I got it just from acting, I wouldn’t have had to go out and get bombed.”

His imposter syndrome was not helped by the fact that his big career breaks, starring in The Battler, and then Somebody Up There Likes Me, only came because of the tragic death in 1955 of their intended star James Dean.

“A lot of my success has indeed involved what I call Newman’s luck,” he admitted.

Intensely private, Newman hated the intrusions accompanying his fame. He wore sunglasses in public, partly to protect sensitive eyes, but also as a shield against strangers demanding to see his cornflower blue orbs.

“There’s nothing that makes you feel more like a piece of meat,” he said. “It’s like saying to a woman: ‘Open your blouse, I want to see your t**s’.”

Newman’s self-doubts were amplified by his belief that he was never a great actor.

“It was my appearance that got me in the door. Where the hell would I have been if I looked like Golda Meir? Probably no place.”

In later years he felt his limited powers fading. “I’m not able to work any more as an actor at the level I would want to,” he confessed. “You start to lose your memory, your confidence, your invention.”

Insecurity and innocence drove him into his first marriage to actress Jackie Witte in 1949 after a whirlwind four-month romance, which he quickly regretted.

“I ask myself how I could have been so irresponsible as to take the first girl with whom I had a speaking relationship, marry her, and impregnate her right away,” he said.

Making his Broadway debut in 1953, he met fellow understudy Joanne Woodward, launching a sizzling affair as she unlocked his latent libido.

“I went from being not much of a sexual threat to something else entirely,” he said. “Joanne gave birth to a sexual creature.”

They made love across America: “We left a trail of lust all over the place. Hotels and motels and public parks and bathrooms and swimming pools and ocean beaches and rumble seats and Hertz rental cars.”

Once they married in 1958, Woodward converted a room off their bedroom into a love pit, complete with mattress and champagne stand.

Newman recalled: “Even if my kids came over, we’d go in the F*** Hut several nights a week and just be intimate, noisy and ribald.”

Yet Newman remained lonely, admitting: “I really don’t have many friends….there aren’t a lot of people I can count on”. He even struggled to know himself, outside of his movie roles, tormented by doubt to the end.

“Do people think that I’m William Faulkner’s Ben Quick? Or Hud? Or Butch Cassidy? Or Frank Galvin in The Verdict? Or any of the other parts I’ve played?

“It’s a shell that’s photographed onscreen, chased by the fans and garnering all the glory. While whoever is really inside me, the core, stays unexplored, uncomfortable, and unknown.”