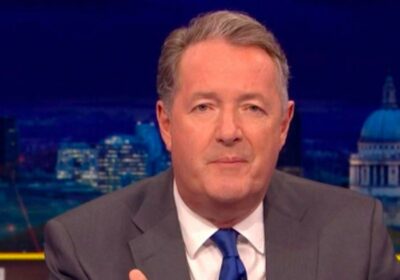 Ozzy Osbourne pulled out of an appearance on Piers Morgan’s show at the very last minute.

The 73-year-old rocker was due to make an appearance on the talkTV Primetime show, Piers Morgan Uncensored, for his first TV interview since undergoing major surgery in Los Angeles.

But the former Black Sabbath star walked off set at the last minute leaving both the host, and his wife Sharon Osbourne, raging.

Earlier in the show, Piers teased the star would be joining him for an exclusive sit-down interview, the first since he tested positive for Covid earlier this year.

The senior booker of the show tweeted: “He's back and better than ever! The Prince of Darkness @OzzyOsbourne joins @piersmorgan tonight at 8pm on @PiersUncensored … you're gonna want to tune in for this, anything could happen,” along with a string of emojis including the flame and TV, alongside a bat.

But it wasn’t to be as the singer was a no-show, which left his wife and Piers’ longtime colleague exasperated.

As Thursday’s instalment of the show crossed live over to Sharon appearing via video link, Piers exclaimed: “Now I’ve spent the past 20 minutes boasting about the fact that it was going to be you and Ozzy and he’s done a runner.”

The former America’s Got Talent judge quipped back: “He’s a b*****d tonight let me tell you. Now he’s back walking he’s a diva.”

Ozzy was discharged from hospital last month after undergoing a procedure which according to Sharon would “determine the rest of his life”.

Sharon had to scramble to LA, whilst she temporarily stepped down from her show on the start-up network, The Talk, in order to be with her husband.

But the Crazy Train star is on the road to recovery and the former X Factor judge claims his whole demeanour has changed.

The red-head quipped: “Before he was like the nicest guy, please help me do this, do that, now he’s walking he’s like 'I don’t want to do it. I’m not this'."

Later on in the interview the former rock music manager confirmed her husband is well on the mend.