Piers Morgan, 55, is continuing to enjoy his two-week break from Good Morning Britain at the moment, with some of his colleagues stepping in to replace him. Actor Adil Ray, 46, and Charlotte Hawkins, 45, presented the ITV show on Tuesday and spoke with Lord Jeffrey Archer, 80, about a number of topics, including the Government’s handling of the coronavirus pandemic. However, with the Conservative politician releasing a book at the same time as the Life Stories star, he took down the journalist, joking they weren’t in the same division.

With Hawkins holding up a copy of the guest’s book, Hidden In Plain Sight, the presenter asked: “Are you worried about the competition?”

Lord Archer replied: “Oh good heavens no. I mean he’s top of division three, fighting to get into division two.

“I’m just sorry he isn’t there this morning to fight back,” the politician joked, adding: “I would have loved a punch up with Piers.”

“No, forget about the book, Piers. I shall not be searching for it on the best-sellers list,” the former MP said. 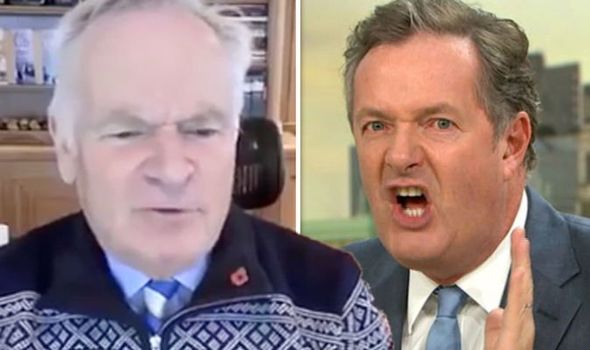 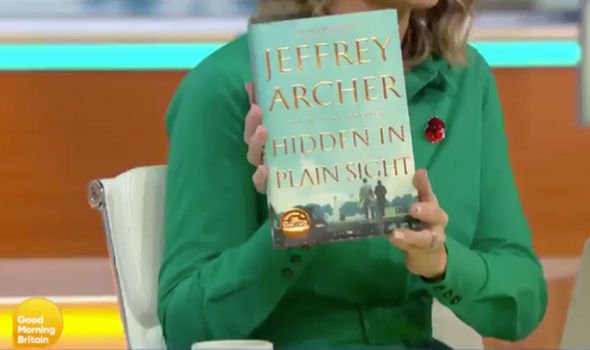 Hawkins said to Lord Archer: “I suspect he’s not going to let you forget that comment,” before thanking the guest for joining them.

Taking to Twitter, those watching at home commented on the former MP’s takedown of the outspoken journalist.

One viewer wrote: “What a nice conversation with these 3 this morning. Certainly a change from the shouting and arguing that usually takes place. Great to see Lord Archer looking so well.”

“GMB is turning into the book club, not in a good way,” a second added, with a third remarking: “Fighting talk from Archer @piersmorgan.” 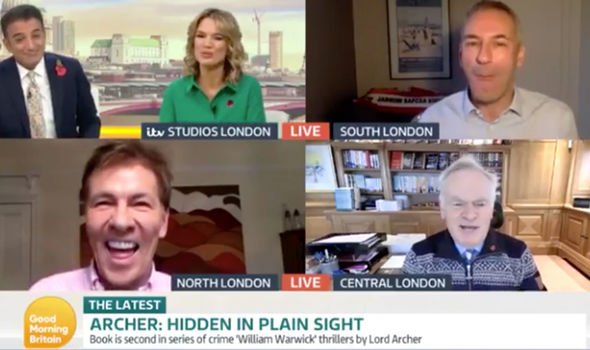 The Life Stories star hit back at the politician on his social media pages after watching the clip of the former MP taking a shot at him.

In view of his 7.6 million Twitter followers, the presenter wrote: “Fighting talk, my Lord @Jeffrey_Archer- but I think you’ll find I’m already on the best-seller list.”

Responding to Piers’ comment on the micro-blogging site, some of his fans stated they missed seeing him on-screen.

One wrote: “@piersmorgan where are you? I miss you in the mornings, it was one of the things I was most excited for at half-term.”

Susanna Reid, 49, and her co-star will return to screen next week after taking a short break from the show over the half-term break.

Viewers haven’t seen the pair at the news desk since the middle of October, having only returned to the show following a summer break in September.

Informing those watching at home of his absence, Piers said at the time: “We’ve got half term off, really exciting, I’m going to move from the sofa downstairs to upstairs for my holiday.

“You get a two-week circuit breaker from us,” his co-host jibed, before explaining they would be back to cover the American Presidential Election.

The presenters will be on-screen for all week when they return as they usually only host for three or four days.

“The good news is because I know you’ll be missing us, we’ll be back for the US election week, and we’ll be there all week, all five days,” Piers said.

The Life Stories star added: “Last time we were on the roof in the middle of the two hotels, parted by less than a mile, Hillary Clinton in one and Donald Trump in the other.

“The reason we’re coming in all week is, I don’t think it’ll be over on the first night, I think we’re going to be in for a bit of a run.”