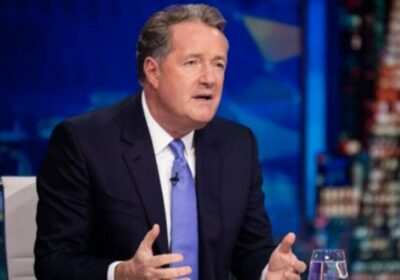 Piers Morgan returned to television screens back in April after a year hiatus and promised viewers explosive interviews every night. The first episode of his show gathered more than 400,000 viewers and was extremely popular. However, the former Good Morning Britain presenter has struggled to keep momentum up as his figures have dropped significantly since April.

Monitoring the ratings, TV critic and broadcaster Scott Bryan tweeted: “Piers Morgan Uncensored continues to experience some of his lowest overnight ratings yet.

Last night he also revealed Piers had blocked his account, adding: “I tweeted the ratings of Piers Morgan Uncensored, and I’ve been Censored.”

However, Piers has been more than happy with the ratings his show has been receiving after he shared the results from his interview with Usain Bolt on June 9.

He has bragged about his show beating Sky News and GB News since it’s conception, as he praised Uncensored’s rating once again back in May.

“BREAKING: @PiersUncensored beat @SkyNews in the UK ratings last night for the 14th time in our 21 shows so far,” he said in another update.

“Given that Sky’s been going 33 years & we’ve been going 36 days, that’s not too shabby. Thanks for watching!”

It isn’t just Piers’ show which has seen a drop in ratings as Sharon Osbourne’s panel show, The Talk, dropped from an average of 43,900 to 6,000 within a week.

Despite feeling confident about the ratings for his show, Piers is set to take a six-week break to film a new series on serial killers.

An insider reportedly told Indy100 the break is a “pre-scheduled and planned summer holiday, in which he may have time to work on other things such as his true-crime series on the same network”.

Viewers were quick to compare Piers to Andrew Neil, who announced a similar break from his GB News show, however, he never returned.

@Bocephus7 added: “This is like Andrew Neil all over again. Do we expect to see him back? I can’t see him returning to his show in the middle of July or during August.”

Piers took to his Twitter once again to address the hiatus rumours and explained: “Apparently, I’m ‘going on holiday for 6 weeks.’

“The good news is that a real-life hologram of me will be hosting @PiersUncensored for the next 10 weeks.

“Then I’ll be hanging out in America for a bit with serial killers. So may or may not be back depending how that goes.”