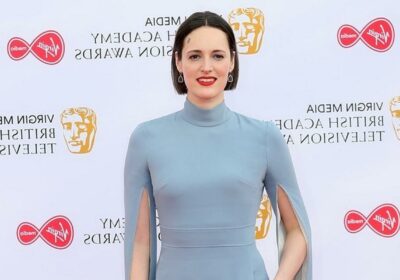 The ‘Fleabag’ actress has decided to leave the upcoming TV adaptation of the Brad Pitt- and Angelina Jolie-fronted movie as she allegedly clashes with creator Donald Glover.

The “Fleabag” star quit the project after experiencing creative differences with its creator Donald Glover, her co-star from “Solo: a Star Wars Story“, according to The Hollywood Reporter.

The TV adaptation of Brad Pitt and Angelina Jolie‘s 2005 movie is still on track to debut in 2022, with Glover still attached. Her role will be recast.

Waller-Bridge is currently shooting the latest “Indiana Jones” movie while Glover is in post-production on the third season of “Atlanta“.

“Mr. & Mrs. Smith” will be part an overall deal that Glover signed with Amazon in February (21).

The original film revolved around a married couple who worked as assassins belonging to rival agencies.

She said of her Bond experience, “The wonderful thing is … you have these incredible conversations about this iconic character who you’ve grown up with.”

“Then when you’re on board, it’s like every other job because everyone is just making a story, making a thing work.”

“And you’re just suddenly in a room again with post-its on the wall, and then you’ll go to the loo and you’ll see a set being built outside for some extraordinary thing and you’re like, ‘Oh yes, this is different, this is different from Fleabag.’ “

She is rumored to be in talks to develop a spin-off about James Bond’s daughter.