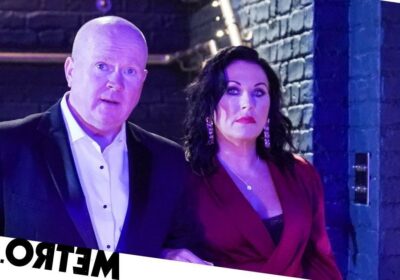 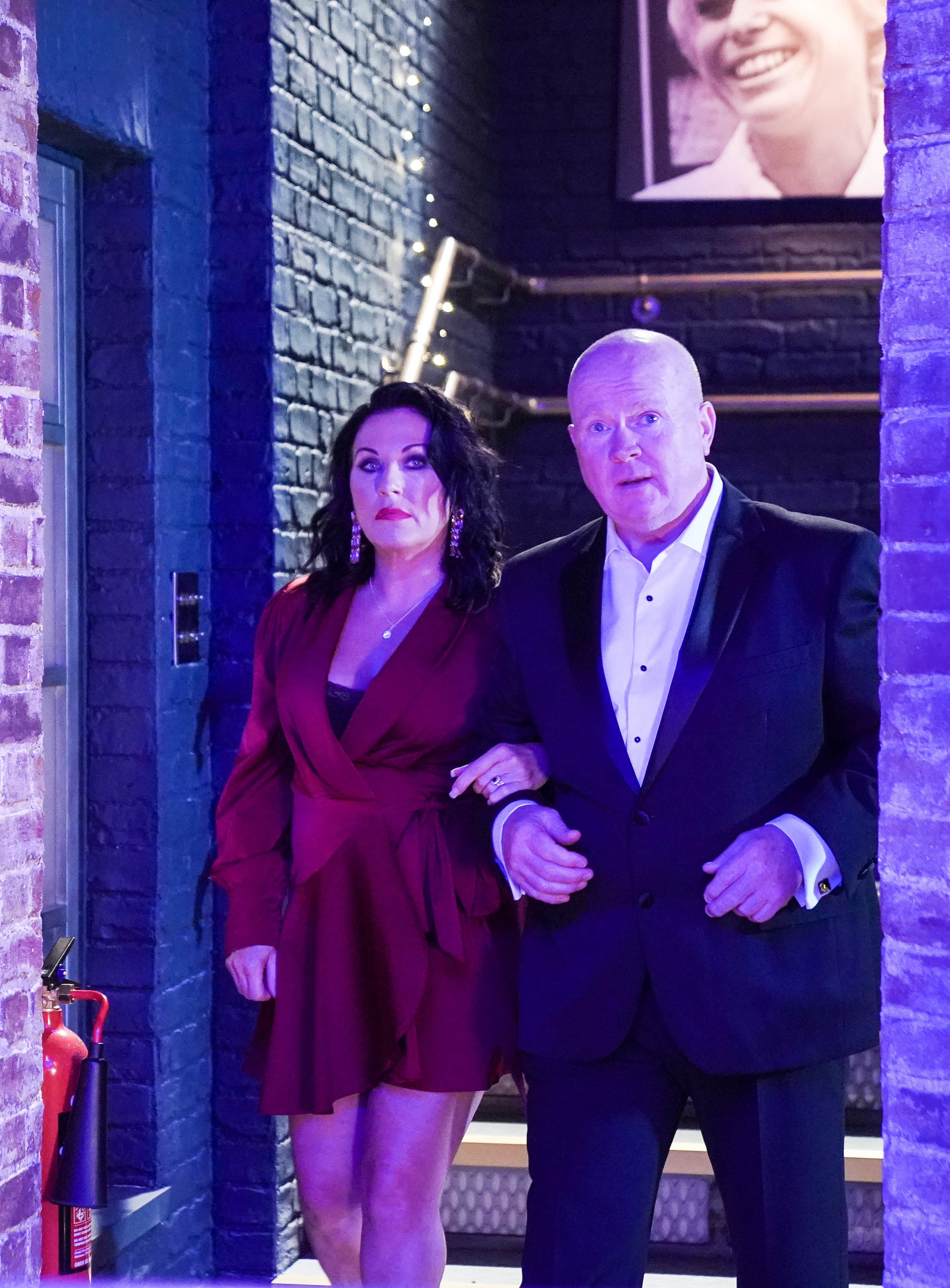 Phil has recently returned to the Square, completely unaware of everything that has happened since he’s been away. And if he thought his return would be smooth sailing, then he should think again.

Kat’s first revelation is that the £30K Phil had stashed away has been stolen, thanks to an incident with an armed robber and hapless Alfie Moon (Shane Richie).

Viewers will remember Alfie, along with Bert, Ernie and Tommy, guessing the code to Phil’s safe, which gunman Keith discovered when he overheard a conversation about it between Alfie and Stacey (Lacey Turner).

Things get even worse for Phil with Kat’s next confession, that she kissed Alfie.

The kiss came after the panto, where Kat switched places with Karen (Lorraine Stanley) for the on-stage kiss.

However, when Kat confronted Alfie about going to kiss her when she had already said no, she ended up kissing him herself.

With Phil now aware of the betrayal, how will he respond? And will Alfie remain in one piece?