Performer of the Week: Lauren German 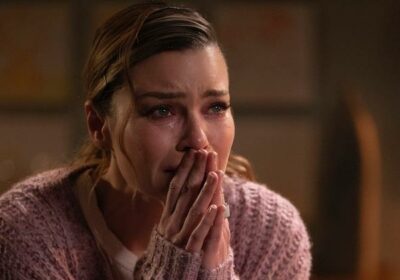 THE PERFORMANCE | It was only fitting that with Lucifer’s farewell run, German delivered some of her most engaging performances over six seasons. And while there is a lot to be said for her work in Episode 9 (which would have been eligible next week), Episode 5 in fact served up a greater variety of notes for her to play.

Well juxtaposed with Lucifer’s own, but prickly, introduction to the young woman idenitfying herself as his and Chloe’s grown daughter (from the future), German got to portray a different kind of confusion — one tempered by what you had to feel was an innate, maternal instinct. When Rory reveals her full name to Chloe, the expression on German’s face shifts from prudently wary to one of, well, awe. And then incredible warmth.

Striking a far different, incredibly fun tone, German later explored Chloe as a ruthless fighter, unwilling as she was to let Lucifer dispatch with Azrael’s blade and in turn snuff her recently acquired powers. The combat sequence between her and longtime costar Tom Ellis made you realize that over six seasons, we hadn’t seen Chloe get nearly so physical. And yet German sold us not on just Chloe’s intensity, but the physicality as she traded blow after blow with her beau.

Chloe’s “addiction” to the power given her by Amenadiel’s necklace was not a fleeting plot device, but rooted in something deeper — which we learned in the emotional capper to German’s Episode 5 showcase. Surprised by Lucifer with a visit from in-limbo Dan, Chloe confessed that she has felt so “powerless” ever since her ex tragically died, so of course she would glom onto any celestial doohickey that emboldened her. In heartbreaking scenes between German and Kevin Alejandro, we again and fully realized how abruptly Trixie’s father had been yanked from this mortal plane late in Season 5, and witnessed the bittersweet joy Chloe felt in having this one last chance to celebrate her, Dan and Trixie’s years together. 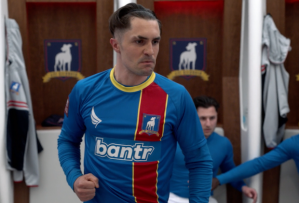 HONORABLE MENTION | Ted Lasso Season 2 had been, disarmingly so, drama-free when it came to prodigal son Jamie Tartt. But early on this week, when Jamie winced at a text from his Dad, you sensed something was brewing. That dread was confirmed when James and boozy buds showed up for AFC Richmond’s semifinal — in opponent Man City’s jerseys. What followed was a tense scene between Phil Dunster‘s Jamie and his pop, who came to the locker room not to just taunt Jamie about losing (badly) to the club he played with for a hot minute, but to dis his current mates as “amateurs.” Throughout James’ harangue, Dunster gave us a stoic, though clearly not unmoved, Jamie. You could hear a fuse hissing. When Jamie eventually clocked his father, watch again and you’ll see a mix of “Did I just punch my Dad?” sadness and “Damn straight I did!” resolve. A teary embrace with Roy (yes, Roy) punctuated Dunster’s most nuanced work yet. 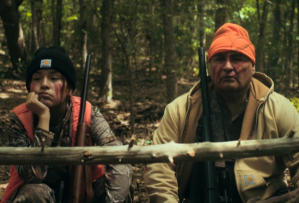 HONORABLE MENTION | In Reservation Dogs‘ sixth episode, Willie Jack (Paulina Alexis) and Leon’s (Jon Proudstar) hunting trip hit them with a brutal truth: Both father and daughter were still actively grieving the loss of their nephew/cousin Daniel. While the two frolicked through the woods dancing, eating backstrap, stealing a trail camera and discussing Willie Jack’s California dreams, Proudstar’s demeanor suddenly sunk as Leon apologized for “the way I’ve been this past year.” Their shared stories and acknowledgment of their pain allowed Alexis and Proudstar to deliver work that felt human and real. The actors made subtle choices using hushed tones and stolen glances, despite lurking fears of the Tall Man spirit (that may or may not have been their dearly departed) that studied them as they bonded. Grief can so often be overcooked on TV, but thanks to the duo’s grounded approach, their sorrow also manifested love and humor, making the entire outing not only effective, but entirely relatable. 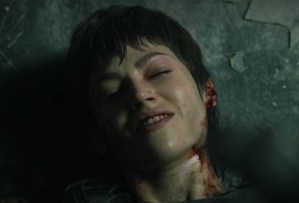 HONORABLE MENTION | The most noteworthy swan songs are the ones where viewers believe the hero could cheat death right up until the moment they die. This is what Spanish actress Ursula Corbero accomplished in the midseason finale for Netflix’s wildly popular crime drama Money Heist. An expressive Corbero exhibited so much range that it felt like Tokyo aka Silene could live forever. The rapid switch from antagonistic to survivalistic while agilely tossing back an explosive allowed Corbero’s cat-like physicality to spotlight Tokyo as the instinctive fighter fans know and love. As Tokyo violently avenged her first love Rene in one sequence and heartbreakingly said adios to her second soulmate Rio in another, the actress revealed her character’s gooey romanticism and vulnerability with quivering lips and dewy eyes. But it was the wink Corbero gave Tokyo’s mortal enemy Gandia, while clasping a handful of grenade pins and ending her life and his, that stunned us into a tearful silence when we too had to say goodbye.

Which performance(s) knocked your socks off this week? Tell us in Comments!