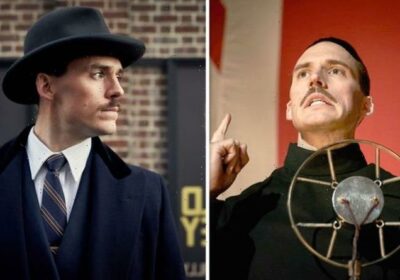 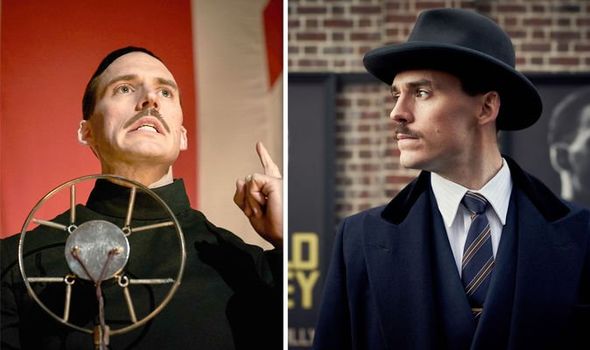 Peaky Blinders series six has now arrived on Netflix after airing on the BBC earlier this year. The show continues to chart the rise of fascism in 1930s Britain after the fifth cycle featured the real-life figure of Oswald Mosley (played by Sam Claflin). Mosley launched a new political party, the British Union of Fascists, and made no secret of his racist, xenophobic and anti-Semitic views. Mosley referenced the Nazi party and spoke of meeting with fellow fascist and Italian prime minister Benito Mussolini. Season six continued with Tommy Shelby (Cillian Murphy) infiltrating the fascists further and making a Nazi gesture and using the phrase as he tried to prove his allegiance to Mosley.

This isn’t the first time, this gesture and phrase have been featured in the series. In the Peaky Blinders season five finale, Mosley uses the anti-semitic phrase “Perish Judah” before giving the Nazi salute, also known as Seig Heil.

He encourages the leader of the Billy Boys and Mosley supporter Jimmy McCavern (Brian Gleeson) to also use the slur and salute.

Although reluctant, McCavern emulated the politician before leaving the room as a riot broke out between the fascists and Alfie Solomons’ (Tom Hardy) Jewish gang from Camden.

The term was used by the real-life Mosley and his Blackshirt followers, who would shorten the phrase to ”PJ”.

Mosley is said to have used the slur and the Seig Heil salute as a greeting to those he knew and even to strangers, according to The Telegraph.

The term itself means death to Jewish people and underscores the horrifying ethos of Mosley and Adolf Hitler.

According to the History Learning Site, in Nazi Germany the song Deutschland Erwache became popular and variations on the chorus included the line: “Germany Awake! Perish Judah!”

Anti-semitism was a key part of Mosley’s politics and the term reiterated his disgusting views.

His followers even encouraged their children to use the phrase, according to journalist Trevor Grundy’s 1998 book Memoir of a Fascist Childhood: A Boy in Mosley’s Britain.

In his memoir, Grundy explained his Jewish mother Edna used to embroider “PJ” on her son’s clothes and encouraged his anti-Semitism from a young age.

Grundy wrote about how his early memories were of “everyone going off to fight a Jewish war” and his mother swearing loyalty to Mosley, “The Leader”.

The children of Mosleyites had these extremist views fostered through summer camps in the 1930 and 40s.

Children are said to have attended these camps in their hundreds with Mosley paying visits from time to time.

Diana Bailey, whose parents were ardent Mosley supporters, told the publication she was shaken to the core in 1945 after finding out what had been happening to Jewish people under Hitler.

“It was a shot to my heart. I suddenly thought: I was doing that, I’d written ‘PJ’ on walls. I felt so guilty,” she said.

The fascist movement reached a fever pitch in 1934. However, it didn’t last when the British Union of Fascists was disbanded seven years later.

Mosley and his acolytes faced their downfall in 1940 when they were interned after their fascist beliefs were considered to make them potential Nazi sympathisers and therefore possible enemies of the state.

Mosley was imprisoned at Brixton Prison but after his health began to suffer, he was moved to Holloway Prison where he shared married quarters with his second wife Diana Mitford.

They were eventually freed by Sir Winston Churchill following a campaign.