'Peaky Blinders' Season 6: Creator Describes Season as 'A Tragedy' for the Shelby Family 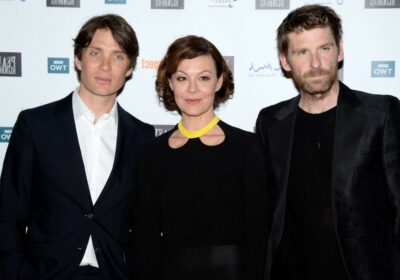 Peaky Blinders Season 6 will be here before fans know it. Loyal followers of the Shelby family can’t wait to see what’s to come. Fans followed Thomas Shelby through the last five seasons of the TV show as he and his family navigated Shelby Company Limited through political dealings and personal strife. Now, show creator Steven Knight suggests season 6 will find the Shelbys in “tragedy.”

[Spoiler alert: Spoilers ahead for the end of Peaky Blinders Season 5.]

Peaky Blinders Season 6 wouldn’t be the same without Cillian Murphy as Thomas Shelby. Tommy leads his brothers and sister through their criminal dealings in Birmingham, England. Aunt Polly Gray, played by Helen McCrory, assists Tommy in leading the family, as she took over when several of the Shelbys fought in World War I.

Now, in season 6, Tommy must grapple with his failed plan to kill Oswald Mosley in season 5. The end of season 5 shows Tommy’s deteriorating mental state get the best of him, as his dead wife, Grace, visits him. We’ll have to wait and see if the post-traumatic stress disorder from the war gets the best of him in the end.

Murphy talked to Men’s Health about taking on the role of Tommy one final time. “It’ll be very strange,” Murphy said. “I think probably when I stop, like a few months in, I’ll have to process the fact that I may not play him again. I’ll have to deal with that. But right now, I’m just still in it.”

So, what can fans expect to happen in Peaky Blinders Season 6? The new season will lead right into World War II, and season 5 started to give a taste of Mosley’s fascist ideology. Knight, the writer of the show, spoke to NME in 2019 about what’s to come.

“We’ll be looking at 1934, and things are worse,” Knight explained. “The drumbeat is getting louder, the tensions are worse, and Tommy’s right in the middle of all that. So again, it will be an exploration of what happened in the ’30s, how certain things transpired.”

The interviewer then noted the first season of the show felt like a “Western set in Birmingham,” and the fourth season moved into a “gangster setup,” and season 5 took a political spin. But season 6 will provide fans with a different feeling.

“It is a tragedy,” Knight noted of season 6.

At the time, Knight didn’t have his scripts finished, though. There’s a good chance some of his tragic themes could’ve changed from the beginning to the final product.

Is ‘Peaky Blinders’ Season 6 the last?

Will Peaky Blinders Season 6 really be the last of the series? According to show creators, the rumors are true. Season 6 marks the end of the series for the Shelby family.

“This final season of our beloved Peaky Blinders is going to be the best one yet,” executive producer Caryn Mandabach told Deadline. “Steve’s [Knight] uncanny ability to be prescient about world events is only matched by his ability to make Tommy Shelby the most indelible character of our times.”

We look forward to having some of our lingering questions from season 5 answered, including information on who betrayed Tommy and foiled his plan to kill Mosley. We’re sure the show creators know the perfect way to wrap it all up. And now that the series completed filming, fans just have to wait for the premiere.